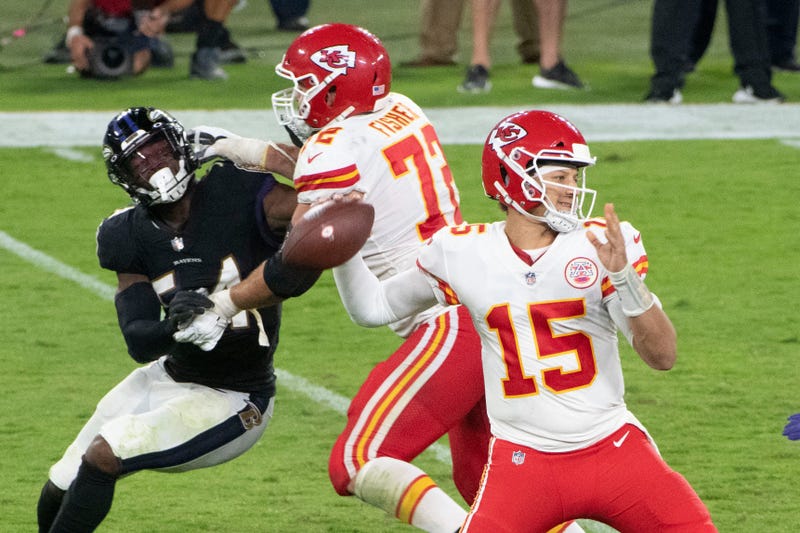 Patrick Mahomes versus Lamar Jackson on Monday Night Football was supposed to be must-see TV. A matchup of MVP quarterbacks orchestrating perhaps the two most exciting offenses in the game.

Well, one quarterback, Mahomes, did exactly that. Jackson? Not so much.

“What Eric Bieniemy was cooking up and what Patrick Mahomes was doing, there was no defense for it,” Super Bowl champion and NFL analyst Qadry Ismail said on After Hours with Amy Lawrence. “I think Wink Martindale was trying his very best as a defensive coordinator for the Ravens to blitz Mahomes, sit back in the zone, try to put pressure in a variety of packages – and nothing happened positively for them.”

“Patrick Mahomes was just ice and just so incredibly clutch,” Ismail said. “Every time you see him with the ball, he’s just making the play. The Ravens, from an offensive standpoint, failed to do so. That’s just the bottom line. It was the first time in 14 games they just got outclassed.”

Outside of the Ravens’ opening drive, which ended in a field goal, Jackson struggled. He finished 15-of-28 for 97 yards, one touchdown, one fumble and four sacks. He ran for 83 yards, but it wasn’t enough. Once the Ravens fell behind by double digits, they looked like the proverbial fish out of water.

Ismail was asked if he’s confident about the Ravens’ ability to dig their way out of a deficit.

“Well, when they’re in a hole, they haven’t been able to do that, so I’m not very confident until I see otherwise,” he said. “I think the Ravens have a great system. I think the system is built on ball control, play-action, run-pass option, take your shots down the football field, the middle of the football field occasionally. But for the most part, when it comes to, ‘Hey let’s get back in this game,’ for Greg Roman, as well as Lamar, it seems like they press and things don’t happen the way they should. Just do what you’re supposed to do on this play. You don’t have to get it all back in one big swoop. They wind up making those critical errors, whether they be drops, whether it be incorrect throws, whatever it might be. Everyone seems to play their part when they recognize they got to get back into the game.”

Still, Ismail, who played for the Ravens from 1999 to 2001, believes Jackson will learn from this experience.

“I think Lamar is one of those guys that, when something goes wrong, it’s not about blaming everybody else; it’s about looking at himself,” Ismail said. “That’s one thing I think teammates appreciate about him. I’m curious to see how he will adapt and adjust. I think this is only going to make him mentally tougher to not allow it to happen again.”