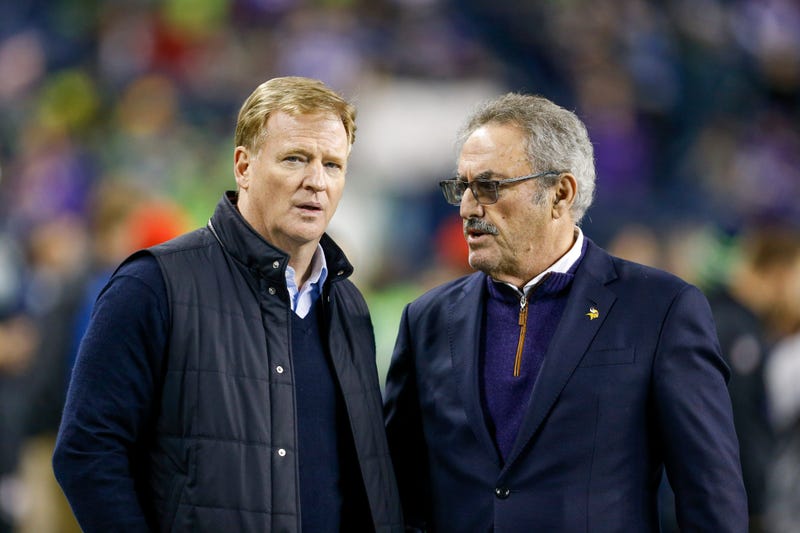 With the NBA and NHL seemingly close to a return, and with MLB trying to get its 2020 season underway, you might think that the NFL is a foregone conclusion; that if other sports leagues start or restart this summer, then the NFL will have no problem getting off the ground – or staying in flight – this fall.

That, however, is not the case.

“There’s a lot of concerns,” CBS NFL insider Jason La Canfora said on JR SportBrief, referring to the coronavirus pandemic. “We don’t know what we don’t know, and we’re only a few months into this thing. We’re still figuring some things out.”

Several current and former NFL players have had COVID19, including Von Miller.

“Von Miller, he’s probably in as good a shape as the top one-half of one percent of people on the planet, and three or four weeks after the fact, he still wasn’t quite right,” La Canfora said. “There’s concerns about scarring in the lungs. That’s, again, with someone incredibly healthy – and there are a lot of older coaches in this league. You’re going to have to convince people that these bubbles are safe and impenetrable, but that’s kind of a fallacy. There are going to be people in the NFL who get it. Just start doing the math.”

There are 32 NFL teams. Each team has a 53-man roster. That’s 1,696 players. And that’s only when we get to the regular season. And again, that’s only the players.

“When you’re rubbing against each other and pushing on each other for 90 minutes a day in practice, even if you try to separate offense and defense, the magnitude of people it takes to have an NFL team running on a daily basis – the NHL is having 50-person bubbles, tops, per team,” La Canfora said. “You’re going into training camp with 90-man rosters. They might cut it down to 75 before it even starts. It’s just going to be very hard.”

That’s before we get to the coaching staff and the training staff. And the people who cook for the players, bus them, house them, wash their uniforms, and clean their equipment.

“It’s a lot of people,” La Canfora said. “It’s a lot of people. And then to try to keep that bubble pristine with that many people involved, and then once they start traveling to play games – this isn’t like the model that the NBA or the NHL is talking about where everybody is in one place where there’s no travel. We’re talking about cross-country flights, and even if it’s on a private plane, you’re landing somewhere. You’re getting on another bus somewhere else with another bus driver. He’s got to be in the bubble, too. I don’t know.”