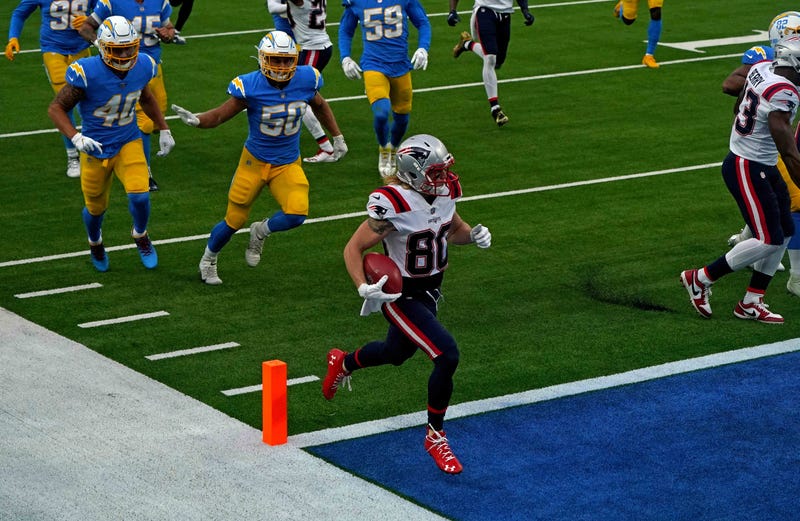 The Los Angeles Chargers authored perhaps the worst special teams performance in NFL history this past Sunday. They allowed two touchdowns – one on a punt return, one on a blocked field goal; they had 10 men on the field for one punt return and 12 for another; and they had a false start and a holding penalty on two kick returns.

Everything that could go wrong, did. And they lost to the New England Patriots, 45-0.

“If you have watched the Chargers throughout this season, you’re not surprised at all,” NFL on CBS analyst Jay Feely said on The DA Show. “They’ve been the worst special teams unit – and I’m not speaking in hyperbole here – maybe of all time in NFL history this year. They’re right up there. They’re missing kicks more than anybody in the NFL, they’ve had three blocked punts, they’re giving up returns, they’re last in the NFL in return yardage, they’re last in the NFL in coverage yardage – they are atrocious on special teams.”

The Chargers reassigned special teams coach George Stewart to offensive analyst prior to Week 12. It appears that move that didn’t help.

“They had their worst effort of the year against the Patriots,” Feely said. “It’s an abysmal failure for that team and for that organization. And they did let a couple of their special teams players go this offseason, three of their top guys. But you have to go out and you have to perform.”

The Chargers (3-9) have dropped five of their last six games. Seven of their nine losses have come by one score, including two in overtime.

“You look at the Chargers this year and that team and how good they’ve played at times, and they’ve been in so many close games,” Feely said. “If they had an excellent special teams unit, they may be in the hunt for a playoff spot right now. And so, that unit, more than any other unit on that team, has let them down.”

On the bright side, Feely has been extremely impressed with rookie quarterback Justin Herbert, who has completed 64.8 percent of this passes for 3,224 yards, 23 touchdowns and nine interceptions this season.

“I really like him,” Feely said. “You watch him play, and he’s got moxie, he’s got toughness, he can make every throw – he understands the game. He throws a back-shoulder fade into space and turns Keenan Allen back into the end zone a couple weeks ago; it was a Patrick Mahomes-esque throw. So there’s a lot of things to like about Justin Herbert, but they have failed him around him this year.”