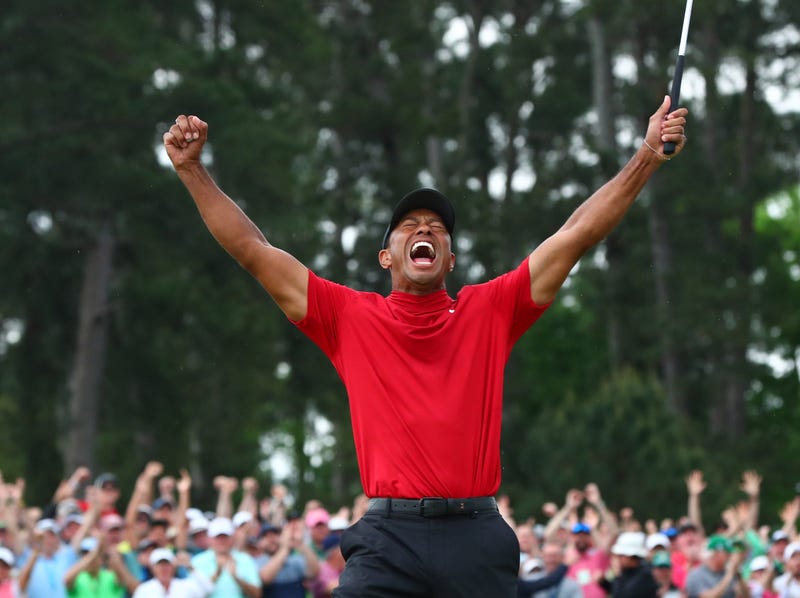 With the Masters upon us, it’s only fitting to reflect on the 2019 version, which ended with Tiger Woods donning his fifth green jacket – and his first since 2005. It was also his first major win since 2008.

Priori to the 2019 Masters, Tiki Barber didn’t think Woods would win another major – and he certainly wasn’t alone with that sentiment.

“I didn’t think he’d ever win again, either,” sportscaster and author Jim Gray told Tiki & Tierney. “I thought that the physical and mental toll was just too great. There was nothing leading into the Masters that was going to indicate that he was going to do this again. He had had that phenomenal tournament at East Lake where the crowd just surrounded him. That was just a glorious moment for golf and for Tiger.”

Gray wrote about this and other moments in “Talking to GOATs: The Moments You Remember and the Stories You Never Heard,” which delves into Gray’s inside stories about Woods, as well as Muhammad Ali, Tom Brady, Kobe Bryant, LeBron James, Michael Jordan and Mike Tyson.

Woods, one of the most iconic athletes in the world, shot a 13-under-275 last year at Augusta National. He shot a 2-under-70 on the final day.

“I think he figured out how to win that thing when everybody else started going into Rae’s Creek, when everybody started to explode on 12,” Gray said. “He has such incredible institutional knowledge and such a great head for the game, and when you can control what it is you’re doing and you’re thinking straight – Brady says to me almost every week for the past 10 years, ‘You can’t learn how to win a game in the NFL until you learn how not to lose.’ Tiger knows how not to lose. All those other guys got into that moment, and for one reason or another, they just weren’t able to complete the journey, and they lost it. He was able to take advantage of that and win it.”

It was a cathartic moment for Woods, who overcame scandal and surgery (a lot of them) to reclaim his spot atop the sport.

“I had heard that his neck was bothering him and he wasn’t feeling too good – so no, I didn’t think he would win,” Gray said. “But he’s just spectacular. The 82 championships on Tour, the titles and the 15 majors, to withstand this test of time and to withstand that scandal and everything that he brought upon himself, it’s truly remarkable. In the book, I wrote that what I really liked about Augusta National and winning is this time he let everybody else enjoy his victory. He put his arms around people instead of pushing them away.”