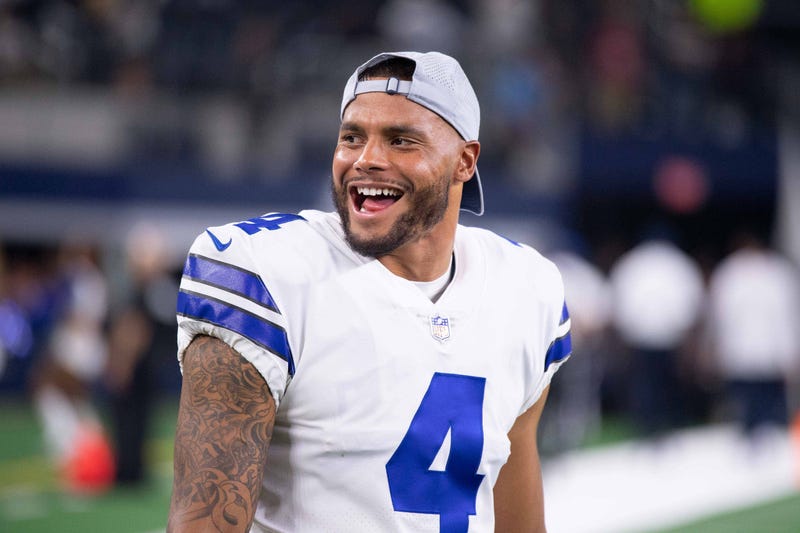 “Dak Prescott’s situation confuses me a bit,” Theismann told JR SportBrief. “If I was advising Dak Prescott, I would say, ‘Take the money. The aggravation to go through, the unknowns if you happen to go through a year, the free agency – yes, they’ve committed a lot of money to Amari [Cooper]. Yes, they’ve committed a lot of money to Zeke. But that’s a lot of money. What are you looking for? Another couple million? You’re never going to see the last year of this contract anyway.’”

The Cowboys have reportedly offered Prescott a deal that includes more than $100 million in guaranteed money. Prescott, however, reportedly wants to sign a four-year deal, not a five-year one.

Again, Theismann doesn’t know what the hold-up is.

“What you really concern yourself with is the guarantee that you’re going to get,” he said. “So if he signs a five-year contract at $34 million, that’s $170 million and probably $115-20 of it is guaranteed. What, are you crazy? Are you really, really nuts? Has somebody got into your head and said, ‘It’s worth the risk of disrupting the football team? All the questions, all the pressures?’”

Prescott, who turns 27 in July, was a fourth-round pick in 2016. He has helped the Cowboys to two NFC East titles and is 1-2 in the playoffs. He has never advanced past the divisional round.

“You’re not a top-five quarterback in the National Football League,” Theismann said of Prescott. “You’re a good football player. You have the potential to be better, but what have you done?”