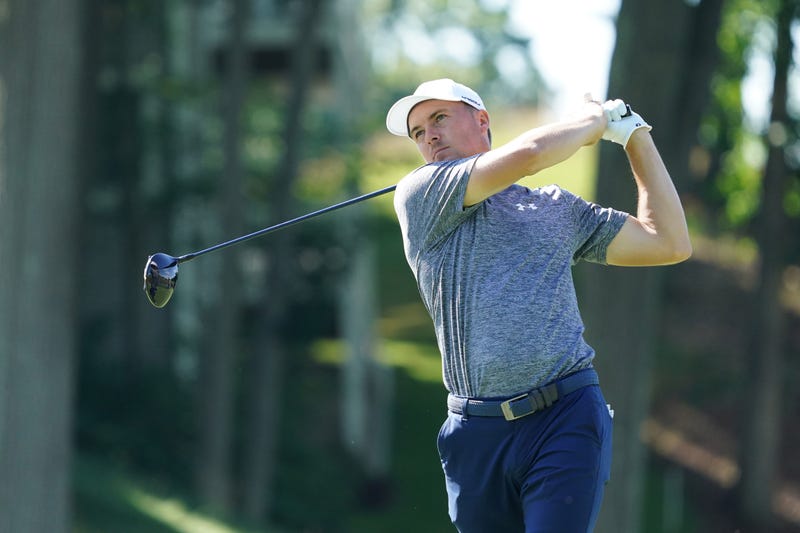 Golf Channel analyst Steve Sands, however, has doubts about Spieth’s game heading into this weekend.

“It’s not sharp, unfortunately,” Sands said on The Zach Gelb Show. “He’s such a nice kid, and he’s so good for the game – everybody wants him to win. Everybody wants him to get back on top. But right now, his game just isn’t razor sharp, and the other guys around him are just so good. If you’re playing well, you have a chance. If you’re not playing well – as far as the standard that Jordan Spieth was setting for all those years – I think it’s awfully difficult to go out there and expect him to compete over the course of four days against these guys who are so razor sharp. His game’s not sharp enough right now, I don’t think, to go head-to-head against those guys. But man, I think everybody would love to see Jordan Spieth put himself in contention again and then get it done.”

Spieth was the best golfer in the game in 2015. He won the Masters and the U.S. Open, finished runner up at the PGA Championship and finished fourth at the Open Championship.

“I think if he could just get a win somewhere, it would change his outlook,” Sands said. “But I think right now, it’s almost like, ‘Okay, he played well on Thursday. Friday is going to be a hiccup.’ Or, ‘He played well Saturday, but Sunday is not going to be [good].’ Until he can get those four days together, he’s an awfully difficult guy to pick right now to win a Wanamaker Trophy or any other major championship.”

Zach Gelb, like many, wonders what would have happened to Spieth had he not blown a lead at the 2016 Masters. It would have been Spieth’s third championship in five majors. Instead, he finished runner-up to Danny Willett.

Where would Spieth be if not for that meltdown?

“He did win the Open Championship after that [in 2017], so I don’t know,” Sands said. “It’s a great question. It’s hard because I’m a big believer – and most people are – that when you win, it just breeds more confidence, and it just keeps going. So perhaps there’s a little bit of a seed of doubt because of what happened there at the Masters, most notably on the 12th hole when he dunked it twice in the water. So I don’t know. It’s a great question. I don’t think he would have fallen off the rails, and he came right back and won a major championship in 2017 at Birkdale. So maybe he is where he’s supposed to be right now, but his game just isn’t sharp enough.”

Spieth, of course, has plenty of time to add to his majors tally.

“Jordan is sitting there with three majors, he’s only 27 years of age – he’ll be fine,” Sands said. “He’s a great kid. He’s a great golfer. I’m waiting for him to break through at some point.”

Brooks Koepka, meanwhile, has won four of the previous 10 majors and finished runner-up at two others. He is seeking to become the first golfer since Walter Hagen (1924-27) to win the PGA Championship three years in a row.

“I think so, man,” Sands said. “I think he’s the guy to beat this week. He found something last week after working with his swing coach, Claude Harmon. . . . Brooks all of a sudden put his foot on the gas last week in Memphis and had a runner-up finish. He almost won [but] didn’t close well enough with Justin Thomas right there. I’m not a big chalk guy, but I think Koepka is the guy to beat this week.”