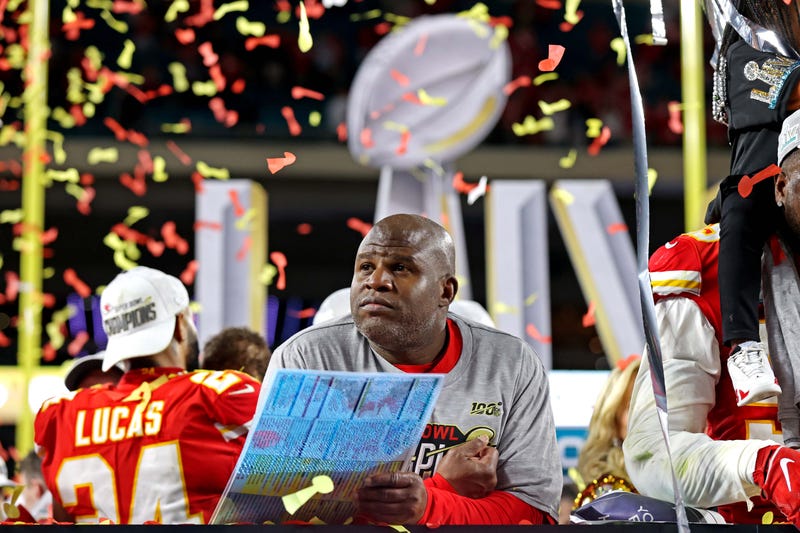 “What Eric Bieniemy is right now, he’s the latest example,” JR SportBrief said on CBS Sports Radio. “The NFL, how they have lined out an entire process just to allow minorities an opportunity to coach or get into coaching shows you and lets you know this is a large problem. But Terrell Owens makes an excellent point: if you want to see change, if you want to level the playing field, the players have to go out there and put more pressure on the league to make this happen.”

Injustice, of course, is nothing new in America. Sadly, the NFL is not immune to that.

“It’s two-fold being a minority here in the United States of America,” JR said. “You have to weigh rocking the apple cart and your livelihood versus speaking up and then not necessarily being able to make a living. That scales up regardless of where you fall on the economic scale. So whether you’re making $20,000 a year, $200,000 or $20 million, there comes a point where you have to weigh the ramifications of speaking up against injustices or things that, quite frankly, are not fair. So while the NFL tries to figure out why they don’t have more minority coaches, the fact of the matter is they don’t care that damn much – because if they did, it wouldn’t take so long.”

Jaguars owner Shahid Khan, for example, knew all along that he was going to hire Urban Meyer. Anyone else that he interviewed for the job, including minorities, was just window dressing.

“It doesn’t matter until you have more minorities in positions of power who are owners, who are presidents,” JR said. “The Washington Football Team just added the first African American president of an organization in Jason Wright. Things take time. Things change over time. But the NFL doesn’t give a damn that much. It’s going to take the players to put pressure on the league to implement more of this. But a lot of them also have to think about themselves, so unfortunately that slows things down.

“So as the NFL continues to hire more coaches, I would love to see and love to get to a point where we don’t have to crow about a woman who’s on the officiating crew,” JR continued. “I would love to not sit here and have a conversation with you about how the NFL’s hiring processes [are] still basically in the toilet. That will take time. But it will take folks in the system to put pressure on the league, and it’ll take folks outside the system until we actually see some change.”