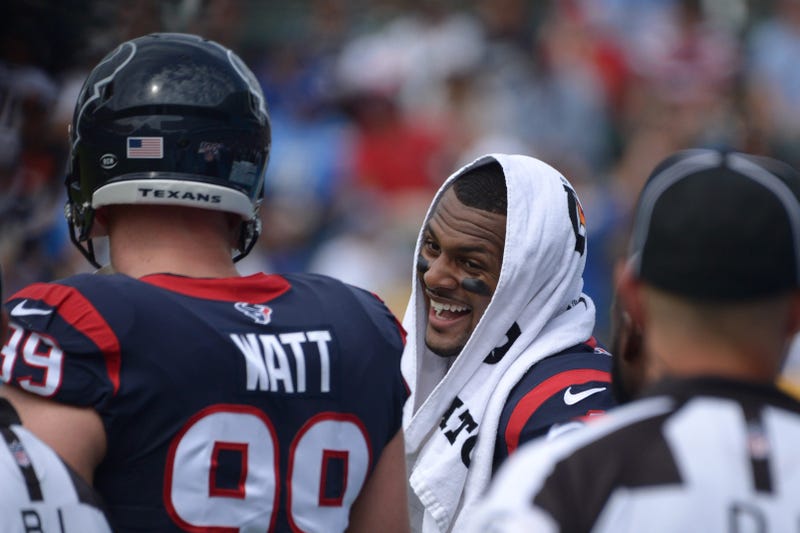 With Deshaun Watson reportedly requesting a trade, the Houston Texans are at a crossroads, and trading their franchise quarterback seems a matter of when, not if.

But where do they send him?

JR SportBrief sees two good options, both in the AFC.

“The New York Jets and Houston Texans seem to make the most sense for both parties,” JR said on CBS Sports Radio. “I can find issues here or there, but between the Dolphins and the Jets, I think that’s the best-case scenario for Deshaun Watson and the Texans. So if Deshaun Watson and the Texans agree that it’s time to go and the Texans [have] stopped trying to convince him because he’s not picking up the phone, give Miami a call, give the Jets a call and then move on.”

Watson has a no-trade clause in his contract, but if he approves the landing spot, it could be all systems go.

“Cut your losses, make the trade, look yourself in the mirror, and just hope that Deshaun doesn’t go on and win a Super Bowl for another franchise,” JR advised the Texans. “But I think those are the two best options for Deshaun Watson and the Texans: the Dolphins and the Jets.”