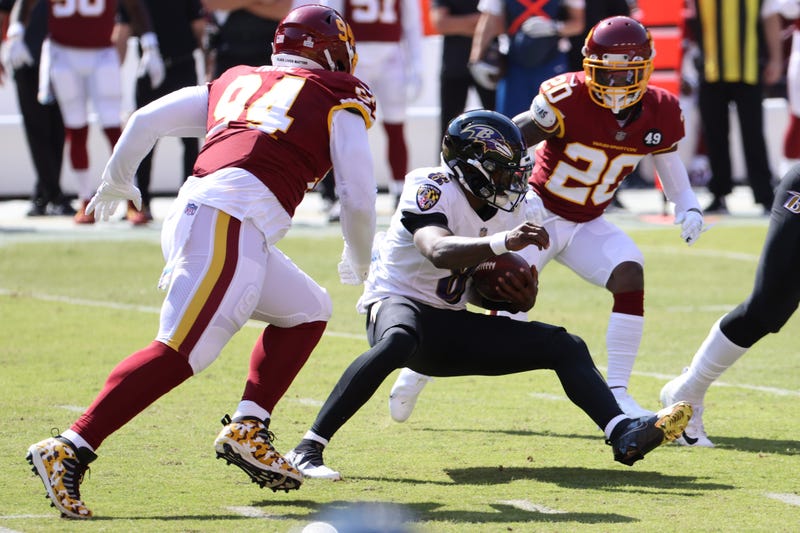 For as dominant as Lamar Jackson was in 2019, he’s been decidedly less so in 2020. His numbers are down across the board, and he has struggled against elite competition.

In Baltimore’s two losses this season – at home against the Kansas City Chiefs and Pittsburgh Steelers – Jackson was a combined 28-of-56 (50 percent) for 305 yards, three touchdowns, two interceptions, five fumbles (three lost), and eight sacks.

The lesson? You can’t just rely on your athleticism. You have to develop into a complete quarterback.

“You look at someone like Russell Wilson,” JR said. “Russell Wilson can run for his life, and a lot of times when he needs to, he absolutely goes out there and does it. This man goes, runs, slides, gets his yards and keeps it moving. But he’s also one of the best passers in the league. This guy throws it 50 yards and drops it where it needs to go on a dime. And so as we take a look at our Kyler Murrays, if you look at the Lamar Jacksons, yeah, I think this is a lesson. This is something to take note of. What do you do when the defensive coordinators catch up?”

Jackson has thrown for fewer than 200 yards in four of seven games this season – and fewer than 210 yards in two others. He was sacked 23 times last year; this year, he’s on pace for 43.

It appears defenses have figured out Baltimore’s run-pass option system.

“So we can have a guy win an MVP,” JR continued. “We can have a guy break records. We can have a guy make the cover of video games and be fancy and get all the accolades. But you know what? The best chance at a Super Bowl might have been last year. Now Lamar Jackson has to keep proving he’s not going to cough the ball up, that he’s a decent quarterback. We can talk about the offensive line isn’t what it was last year, but what does it have to do with your own development as a player? That part of his game certainly is lacking.”

That’s quite a difference – and that difference is becoming clear in big games.

“Until the Ravens actually beat a good team like the Steelers, like the Chiefs, like the Titans, like the Colts – until they beat one of the good teams in their division, I’m not going to be sold on them,” JR said. “Because every time the Ravens have that opportunity, quite frankly, they just go out there and choke.”