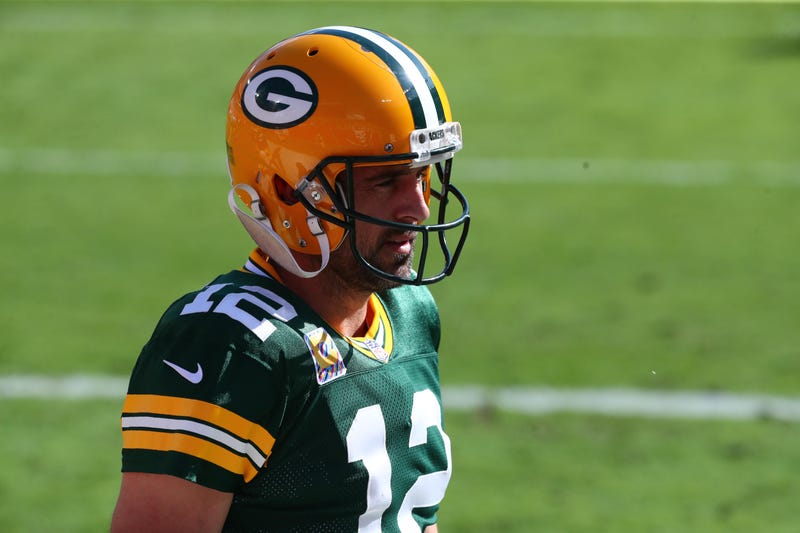 Nevertheless, Rodgers, who turns 37 in December, remains in the MVP discussion.

“Aaron Rodgers has gotten the short end of the stick this whole entire season,” JR SportBrief said on CBS Sports Radio. “Aaron Rodgers was asked about this himself, and Aaron Rodgers, he made it clear. He said, ‘Look, my job is to go play. I’m not going to have conversations and discussions about who’s on the team, who’s not on the team.’ And for that much, you got to give Aaron Rodgers credit.”

It would be easy for Rodgers to publicly complain about the Packers’ personnel moves – or lack thereof. But he’s been a good soldier. And he has Green Bay (5-2) atop the NFC North.

“From the minute that Jordan Love was drafted, he’s been honest,” JR said of Rodgers. “He’s been honest about his time in Green Bay. He’s honest that his career might not end in Green Bay. He’s just been honest. But he hasn’t complained. He hasn’t said, ‘I don’t have this weapon. I don’t have that weapon.’ He hasn’t said, ‘This isn’t fair.’ Life in the NFL is not fair, but it just seems that for the past several years, Aaron Rodgers, he’s missing [weapons].”

Rodgers has completed 65.9 percent of his passes for 1,948 yards, 20 touchdowns and two interceptions this season. And he’s done that despite being without Davante Adams for two-plus games.

“I feel, ultimately, Aaron Rodgers gets a raw deal,” JR said. “He doesn’t get the same type of weapons. Matt LaFleur, even coming in, was pretty clear: ‘Listen, man, we’re going to run the football.’ And even through all of this, the Green Bay Packers’ offense is out here humming – one of the best offenses in the NFL.”

The Packers are averaging 31.3 points per game – third-best in the league.

“That’s because of Aaron Rodgers,” JR said. “What would they be doing if Aaron Rodgers had more reliable weapons outside of Davante Adams?”