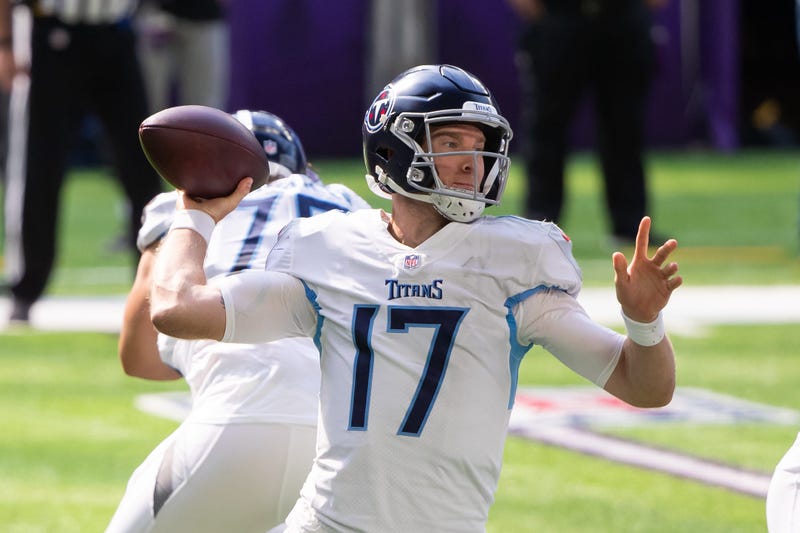 The Tennessee Titans steamrolled the previously unbeaten Buffalo Bills, 42-16, on Tuesday. It was an utterly dominant performance.

It was also Tennessee’s first win by more than a field goal.

So, while the Titans deserve credit for their 4-0 start, JR SportBrief isn’t exactly leading their bandwagon just yet.

“Ryan Tannehill, he’s earning his money,” JR said on CBS Sports Radio. “Mike Vrabel is looking pretty damn good. The team is going to be even better when Corey Davis is out there. Jonnu Smith, he’s been a revelation. A.J. Brown, Derick Henry is going to be running all over people. The defense is doing its job as well, giving up about 20 points per game. The Titans offense is putting up points as well. They’re close to being in the top five in points per game.

Indeed, the Chiefs suffered their first loss of the season this past Sunday, falling to the Raiders 40-32. The Titans, who reached the AFC Championship Game last year, are one of two remaining unbeaten teams in the AFC. The Steelers (4-0) are the other.

Tannehill, to his credit, has more than justified the four-year $118 million contract he signed this past offseason. He has accounted for 36 touchdowns and six interceptions over his last 14 regular-season games.

“He’s not a bum,” JR said. “He’s earning his money. He’s a Pro Bowler. He’s continuing what he started last year when he finally got the opportunity to start, when Marcus Mariota was told to sit down. So I’m going to give the Titans some credit, but they’ve got more to prove this season before I say they’re one of the top contenders in the AFC – because they ain’t. They’re not. There’s some other teams that I probably feel much more confident in, like the Steelers.”