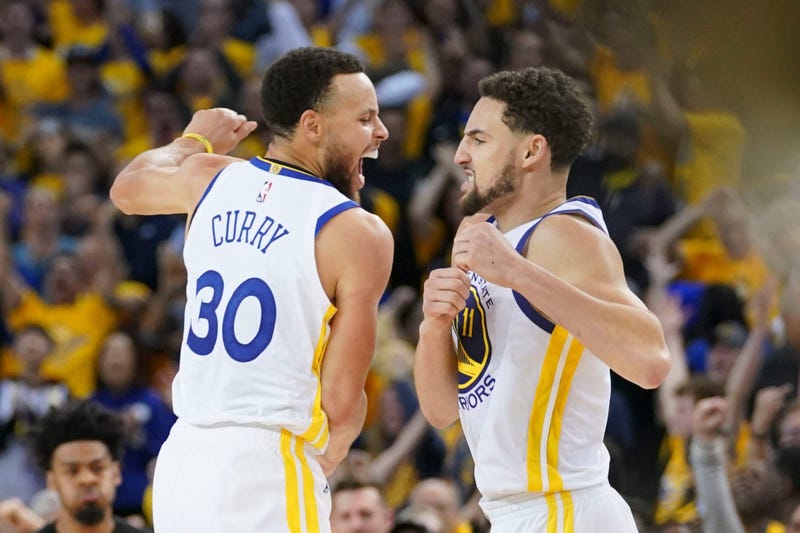 After advancing to five straight NBA Finals from 2015 to 2019, the Golden State Warriors finished a league-worst 15-50 this past season.

That, however, wasn’t entirely unexpected. After all, it’s not easy when you lose Kevin Durant to free agency and you lose Klay Thompson (torn ACL) and Steph Curry (broken hand) to major injuries.

Well, the injury bug struck Golden State again this week, as Thompson suffered a torn Achilles during a scrimmage Wednesday. He will miss the entire 2020-21 season, casting serious doubt on the Warriors' short- and long-term future.

Thompson, 30, is a five-time All-Star and one of the best shooters – and defenders – in the league. He’s one of the main reasons the Warriors were able to win three NBA titles in five seasons.

“I hope Klay Thompson can come back,” JR said. “I hope he can put up points. I hope he can give us the same 20 points per game. I hope he can knock down 40 percent of his threes. I hope he comes back and is still an all-world defender. But the reality is everybody always gets a little bit older. Father Time ultimately is undefeated. Nobody wins. You can stave it off for a little bit longer, but whatever version or iteration, whoever is on this Warriors team when they get back to championship competition, the team will look different. It’s not going to look the same even if they push this year.”

“It’d be fun if they got Kelly Oubre,” JR said. “What would a team of Steph Curry, Kelly Oubre, Draymond Green, Andrew Wiggins, James Wiseman – what does that team look like? Do they have enough to get over the edge? Is there enough defense there? There’s a lot of questions. But I’m afraid that the Splash Brothers – they could be over, or [they] could be on a pause. We have to see what happens with the rest of the West. The Lakers are still strong. The Clippers are still strong. We have to see what pans out in the remainder of free agency. Nothing is going to be easy. The Splash Brothers? Been kind of dry last year and this year. Let’s see if they can get things rolling again. I am not too confident.”