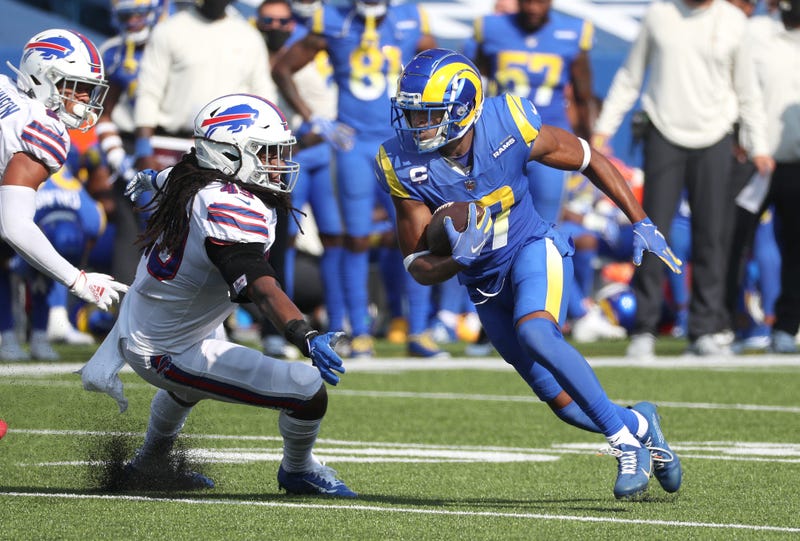 If you look at the NFC West, two things will immediately catch your eye. One, the Seattle Seahawks are 5-0 thanks to Russell Wilson’s MVP-level play, and two, the San Francisco 49ers, who played in the Super Bowl last season, are 2-3 and last in the division.

Which is why it’s easy for the Los Angeles Rams, even at 4-1, to get lost in the shuffle.

“It looks like that offense has gotten back on track somewhat. It looks like Jared Goff has figured things out again,” FOX Sports NFL play-by-play announcer Kevin Kugler said on After Hours with Amy Lawrence. “Everybody looks at their 9-7 season last year and goes, ‘Oh, what a failure. They didn’t make the playoffs.’ Well, that’s the first time they didn’t make the playoffs under Sean McVay. This is a team that is accustomed to being good. They have a lot of those players back.”

The Rams rank fourth in the NFL in total offense and fourth in total defense. It certainly helps having Aaron Donald, who leads the league with 7.5 sacks.

“You’re talking about a team that has a quarterback that’s playing well, a dominant defensive force that almost always draws a double team and still figures out a way to beat it – there’s a lot to like about that Rams team,” Kugler said. “[The] Rams’ [games against] Seattle, those are going to be two really good clashes that could determine home-field advantage in the NFC this year.”