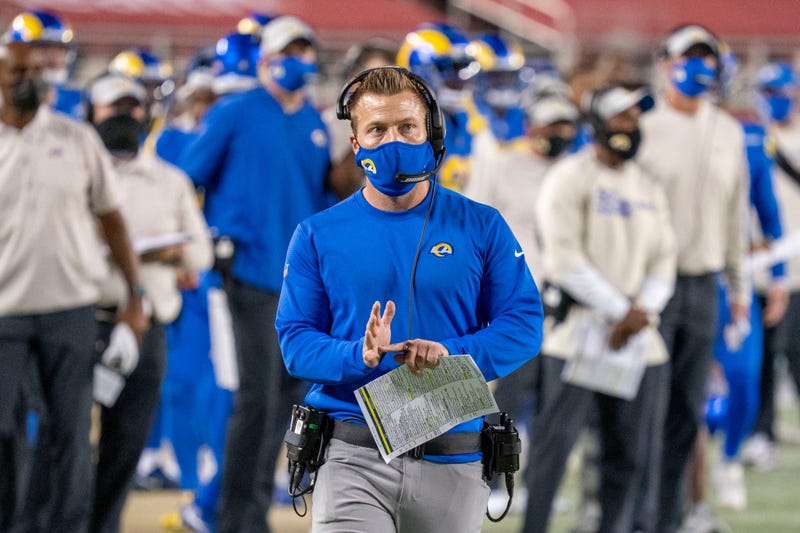 NBC Sports NFL insider Peter King believes that 20 NFL teams – yes, 20 – could have different starting quarterbacks in 2021.  Well, we already know that the Rams and Lions will, this after their blockbuster trade that included a swap of Jared Goff and Matthew Stafford.

“The Lions got very fortunate because . . . Matthew Stafford told them his No. 1 choice was the Rams,” King said on After Hours with Amy Lawrence “The Rams, to me, were the perfect team to get him because Jared Goff had fallen out of favor with Sean McVay and the coaching staff. They did not trust him to challenge secondaries deep downfield like he was doing in 2018. We can try to play the blame game on that, but all you have to do is watch the games. He’s a different player in 2018 than he was today. And Goff gets a brand new start with a team that, at the very start of it, seems to have immense faith in him that he can turn it around and play better there.”

Goff, 26, could also be in Detroit for the long haul, as the franchise looks to rebuild from the ground up.

The Rams, meanwhile, believe they will be Super Bowl contenders for the next couple of seasons.

“Look, when you’re going to play with Sean McVay, he’s not going to have fear of getting rid of draft choices – neither is Les Snead – because he wants to enter this next three-year period with a legitimate chance every September 1 of waking up and saying, ‘Our defense is going to be good enough, and we need a deep-strike offense,’” King explained. “I think for the next three years they’re gong to have a chance at the start of every year to be legitimate Super Bowl contenders.”