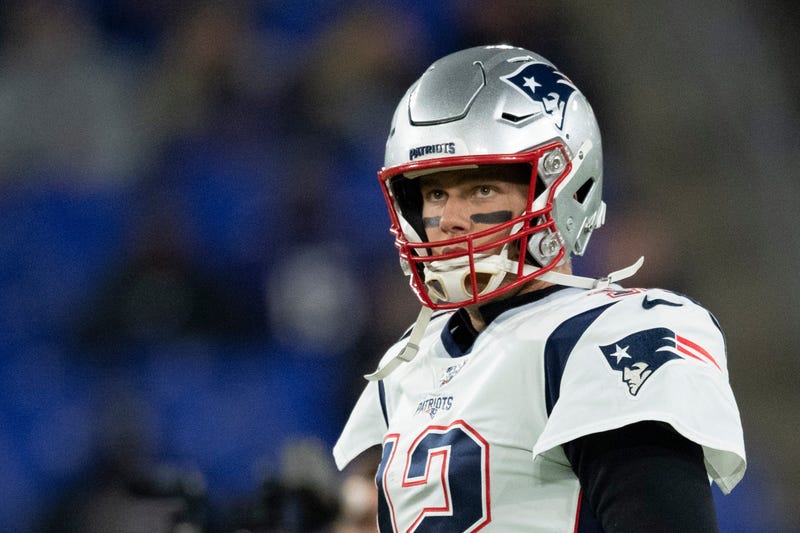 It remains to be seen where Tom Brady will play next season, but the Los Angeles Chargers are a legitimate possibility.

Still, the question is worth asking: Would Brady, at 43, be that much of an upgrade over 38-year-old Philip Rivers?

“Well, he’s not going to turn the ball over like Philip did,” CBS Sports NFL insider Jason La Canfora said on After Hours with Amy Lawrence. “At the end of the day, Anthony Lynn is a conservative coach. He’s a run-game guy. They built up what they think is a good defense. It didn’t play that way this year, [but] there’s certainly talent on that side of the ball. I do think he’s a better quarterback than Philip Rivers. Tom, if he had that tight end and he had those two outside receivers and he had Austin Ekeler, I think his numbers [would have been better]. You would have found him closer to where he normally is.”

“He trusted Julian [Edelman], and he trusts [James] White out of the backfield, and that’s it,” La Canfora said. “That’s a hard way to run an offense. I think there were times when the coaches were wanting him to throw it downfield more, but he’s like, ‘No, because if I turn it over and we get behind, we can’t play from behind, and I’m just going to keep it simple, stupid.’ So I think that caused a little tension there as well.

“But whether he stays or goes, he’s going to need more around him than he had last year,” La Canfora continued. “He’s not, at age 43, going to be elevating people. He’s not going to be turning Phillip Dorsett into a decent starting receiver on the fly. His mere presence isn’t going to turn people from good to great. He needs help.”

The Chargers went 5-11 this season, as Rivers threw 20 interceptions – second-most of his career. Still, the Chargers are just one year removed from a 12-4 season.

“If they call him, he will listen,” La Canfora said of Brady. “He will be very intrigued, and if they lay out a blueprint where we think we can win now and here’s how and we’re also going to develop a quarterback, he’s ready for that. He’s ready to nurture somebody else. He’s ready to teach some young guy the ways of TB12 and the avocado ice cream and see if part of his legacy will be this didn’t just work for him; it’s working for other guys.”

Several teams need a quarterback, of course, but not all of them would be desirable from Brady’s perspective. In the end, the Chargers are likely Brady’s best non-New England option.

“There’s a lot of places that, even if they need a quarterback, just don’t make sense for him,” La Canfora said. “But the Chargers [make sense] for a lot of reasons – playing, off the field, second career in Hollywood, being a producer or media mogul of some sort – what better place to do it than a $5 billion stadium where your boys, Ben Affleck and Matt Damon, they’re going to be hanging out in the locker room there either way. You might as well be there making $30 million a year.”