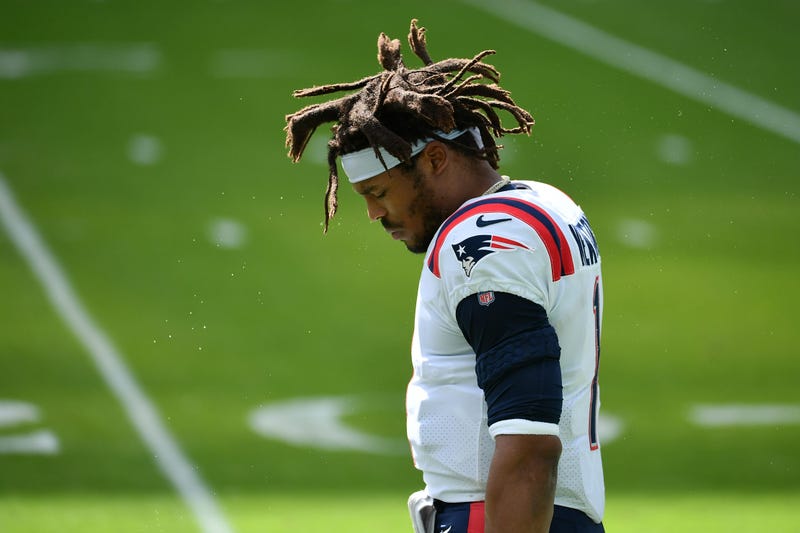 The New England Patriots (6-8) will not play in the postseason for the first time since 2008, this after losing to the Miami Dolphins, 22-12, on Sunday. Afterward, Cam Newton took responsibility for the season, calling it “unacceptable” and saying that he did not “live up to” the “standard” of being a Patriot.

Newton completed 65.9 percent of his passes for 2,381 yards, five touchdowns and 10 interceptions this season and did much of his damage (11 touchdowns) on the ground.

Can he still play in the NFL at a high level?

“I think that question, you can pose to our entire team,” Patriots cornerback Jason McCourty said on Tiki & Tierney. “These past two games, we haven’t been able to tackle a ball carrier. Both teams – the Rams and then Miami – ran the heck out of the ball against us.”

The Patriots started the season 2-5 before winning four of five to improve to 6-6. New England, however, has failed to score a touchdown in either of its last two games, losing both.

“I think Cam, our team in general – nobody’s played well enough,” McCourty said. “Obviously we’ve had some bright spots. [Stephon] Gilmore going to the Pro Bowl; Matthew Slater; our punter, Jake Bailey; J.C. Jackson is one of the top guys in interceptions. But overall, as a team, there’s not many guys that you can look [at] and say, ‘Oh yeah, he’s played his butt off this entire season and he showed up each and every game.’

“Obviously when you’re the quarterback, you’re going to be singled out because you touch the ball each and every play,” McCourty continued. “But I just think overall as a team, we haven’t done a good job of being able to go out there and play well and play consistent.”

Still, Tiki & Tierney wonder if Newton will be benched for Jarrett Stidham over the last two weeks of the season.

“All of us, these last two games, we’ll see how all of that works out,” Patriots safety Devin McCourty said. “For me, now in my 11th year here, Bill always does what he thinks is going to give us the best chance to win. That comes with a lot of questions from a lot of people outside of the building, and I think even as players sometimes you’re like, ‘Why didn’t we do this?’ But I will say overall he hasn’t failed us. I know for me as a player, winning three Super Bowls . . . I agree with [Jason]. I can’t sit here and just try to take it all out on Cam because he’s the quarterback and gets the attention and because of how good he’s been in this league. I would say it goes for all of us: we haven’t played to the standard we know how to play.”