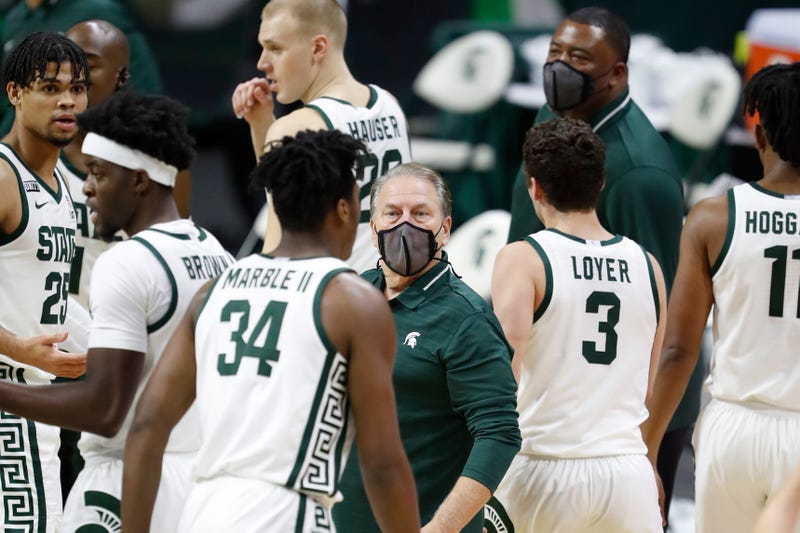 On Tuesday, following a loss to Illinois, Duke coach Mike Krzyzewski questioned whether the college basketball season should continue due to concerns regarding COVID-19, saying, “I don’t think it feels right to anybody.”

“First of all, I have great respect for Mike,” Izzo said on Tiki & Tierney. “It was great when we were down there. They handled everything so well. They tested and did all the things. So did we. . . . But I didn’t let my kids go home for Thanksgiving. I didn’t let families come up here. Sure, that was hard. But I watched the NBA; LeBron James stayed for three months [in the bubble] without seeing his family, his kids, anybody else. Sometimes there’s sacrifices you have to make. . . . Don’t feel sorry for the players. Let’s give them something to do. And what do they love to do? Play.”

No. 4 Michigan State (5-0) beat then-No. 6 Duke, 75-69, at Cameron Indoor Stadium on Dec. 1. The Spartans, however, were unable to play No. 18 Virginia (3-1) on Wednesday due to COVID-19. Michigan State, in fact, had already flown to Virginia when the cancellation was announced.

“He was as upset as I was,” Izzo said, referring to Virginia coach Tony Bennett. “We both needed to play each other. . . . He was looking forward to playing us because he hasn’t played many big games yet. We had at least played two. It just didn’t work out.”

Izzo, who has had COVID-19, knows the pandemic is very serious, but he also thinks student-athletes are in a safe environment.

“I worry about my guys going home,” he said. “There’s no safer environment than where they are. I love Mike. I agree with him on a lot of things. But I hope we can keep playing and I hope we can teach the world that you got to do it the right way. . . . Maybe athletics could be the bright spot in our whole country. Let’s do it the right way. Hey, I got it, and I was as diligent as you can be. I really was. It was my office and my home, and my wife didn’t even get it. I know what it’s like. I did everything right, and you still could get it.

Izzo also thinks the structure of the season is good for players’ mental health.

“You talk about mental health and everything,” he said. “[Student-athletes] were home for five months – March, April, May, June, part of July. Think about being 20 and having to be home with your parents. I got a 20-year-old. They hated every minute of it. The greatest mental health, I think, is when an athlete is in athletics.”