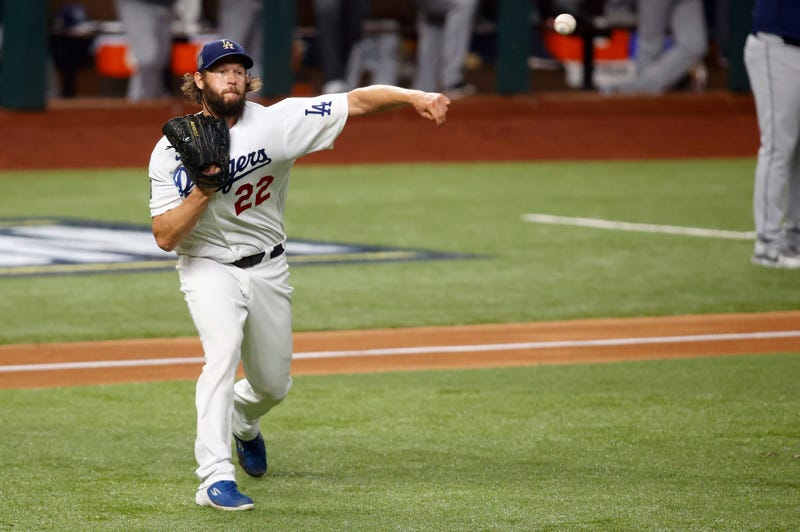 Clayton Kershaw made his fifth World Series start Tuesday, and it was one of the best playoff outings of his career.

Kershaw struck out eight and allowed one earned run in an 8-3 win over the Tampa Bay Rays. He threw 78 pitches – 53 for strikes.

It was a much-needed performance for both Kershaw and the Dodgers, who are seeking their first World Series title since 1988.

“It’s a mixed record for him,” New York Post MLB columnist Ken Davidoff said on After Hours with Amy Lawrence, referring to Kershaw’s playoff past, “and really for what he has accomplished in his career, it’s notably mixed with a lot of lows mixed in with some highs. So he was very excited afterwards. It was a bit of a rough first inning, as he said, and he couldn’t get his slider to go further than 48 feet. But he figured things out after that and he was really terrific from innings two through six.”

The game was scoreless through three innings, but the Dodgers scored two runs in the fourth, four in the fifth, and two in the sixth, as Cody Bellinger and Mookie Betts both hit home runs. Betts also stole two bases in the win. Dylan Floro gave up two runs in relief of Kershaw, but Pedro Baez and Joe Kelly made quick work of the Rays in the eighth and ninth.

“The Dodgers are clearly the superior team,” Davidoff said. “I don’t think anyone would disagree with that. Kershaw was terrific, the stars in the lineup were great, and they cleaned it up bullpen-wise after Floro left. Pretty dominant showing by the Dodgers. If this goes to form, the Dodgers should win relatively quickly."