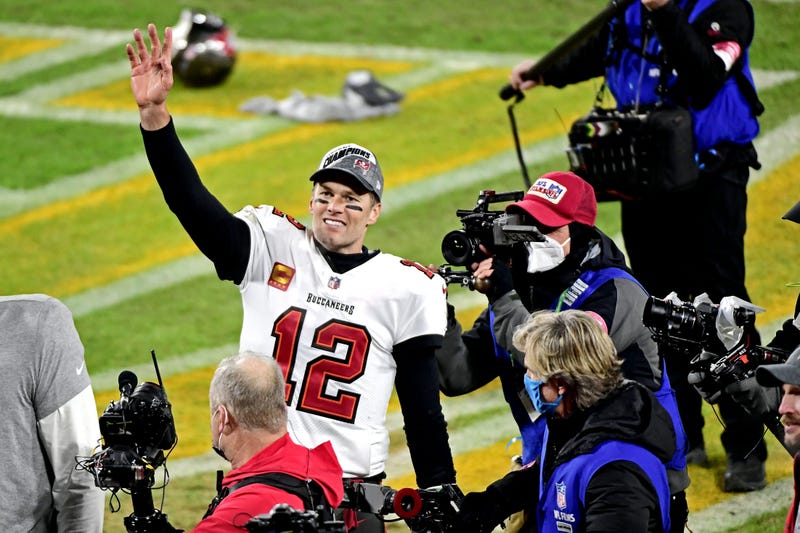 Tom Brady will play in his tenth Super Bowl on Feb. 7, and if he wins, it might just be the greatest accomplishment of his career.

“[When] they lost in the Wild Card game to Tennessee [last year], you didn’t know if he was ever going to play again,” Nantz said on the Zach Gelb Show, referring to Brady’s final game with the New England Patriots. “[And] if he switched teams, if you could go in and find a way to get the chemistry to work to make the Super Bowl? That’s preposterous. No OTAs, no preseason games, no chance to make this a well-oiled machine. Of all the many things that he’s accomplished, my gosh, is there anything that’s better than this? Yeah, he’s won all these Super Bowls; he’s still got to go win this one. But if he does, I think this usurps everything else he’s done.”

Even overcoming a 28-3 deficit against the Atlanta Falcons to win Super Bowl LI?

“The Atlanta game, coming back from 28-3 just was craziness,” Nantz said. “But at age 43, to introduce yourself to a whole new roster, plus new coaches, a new environment and to be 7-5 at one time and to go win three road games – it’s ridiculous. So yeah, I would say if he wins it, this is the crowning achievement.”

And, as crazy as it sounds, this game could play a pivotal role in a potential Brady-versus-Patrick-Mahomes GOAT debate years from now.

“I feel like I know him well enough that he’s got that hunger. He’s not going to ever be satisfied,” Nantz said of Mahomes. “He knows what Brady’s done. He’s going to want to go get that. If he wins it, it’s a two-game swing. Instead of 7-1, it’s 6-2. I’m not going to make any outlandish predictions that he’ll get to six or seven one day, but he’s got a chance. The only thing that I think holds him back is the conference is so strong.”

Indeed, Mahomes will have to contend with Josh Allen, Deshaun Watson, Lamar Jackson, Justin Herbert, and Joe Burrow in the coming years.

“I’m just touching on a few here,” Nantz said. “That conference is packed with guys in their mid-to-early 20s. That’s going to be the biggest hurdle for a guy like Mahomes to go on a Brady-like tear."