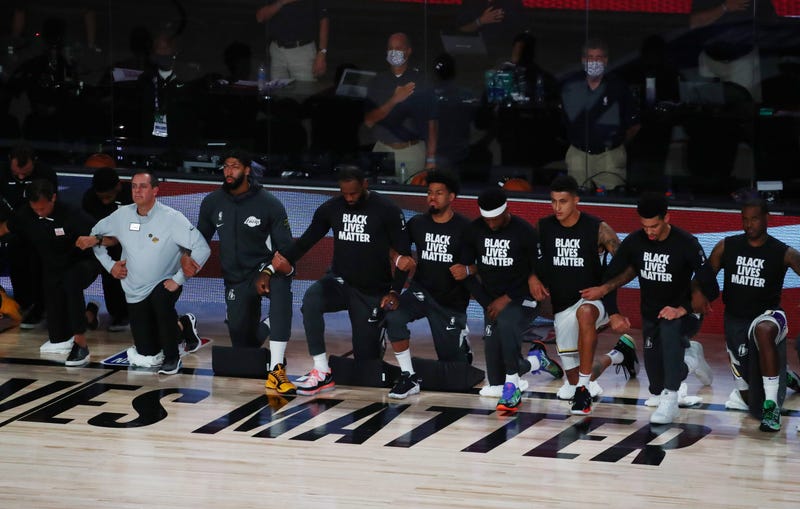 In 2016, Colin Kaepernick went from sitting to kneeling during the national anthem. He did this because of former NFL player and Green Beret Nate Boyer, who supported Kaepernick’s right to protest but thought kneeling would be a better way to get his message across while also showing respect for the flag.

Four years later, kneeling has become a fixture of the U.S. sports landscape.

“It’s not like a new thing,” Boyer said on After Hours with Amy Lawrence. “Now it’s very comfortable to do, [whereas] it wasn’t comfortable before. We’re getting to a dangerous area where it’s like if you stand, that’s seen as bad. I think it’s ridiculous we’re just so focused on the gestures and [act] like that’s the most important thing. It’s not the most important thing to me. I think freedom of speech is absolutely important, but I don’t ever want anybody doing anything out of obligation.

“That’s where I’m getting a little bit nervous,” Boyer continued. “If you stand, it means you don’t think black lives matter. If you kneel, it means you think all cops are bad and we should abolish the police. Most of those people don’t believe those things. I’m afraid the optics of that are what it’s turning into, and that’s dangerous in some ways.”

That said, Boyer believes it’s “really cool” to see athletes uniting around a singular cause.

“There’s no doubt it’s a more comfortable time than it was four years ago or even four months ago,” Boyer said. “George Floyd’s murder changed a lot of things.”

From a broader perspective, Boyer wants Americans to stop looking at issues like police brutality as either-or propositions.

“We got to get away from this binary stuff,” he said. “[The] two-party system is not healthy. This idea that it’s got to be left or right, blue or red, one way or the other and you can’t believe some of each thing, you have to pick a team and be all these things or all those things – that’s so un-American to me. It takes away from individual thought. It takes away from listening and understanding and trying to empathize with somebody else because you make judgments about them based on the team they support.

“We’re not going to ever get this thing turned around and fixed if we continue to go down this path of the two-party system because it’s making the whole country binary and divided,” Boyer continued. “It’s endless and it’s got to stop. It’s got to change. It’s got to be a dramatic change – and I don’t know how we do it. I’m trying to figure it out, though.”