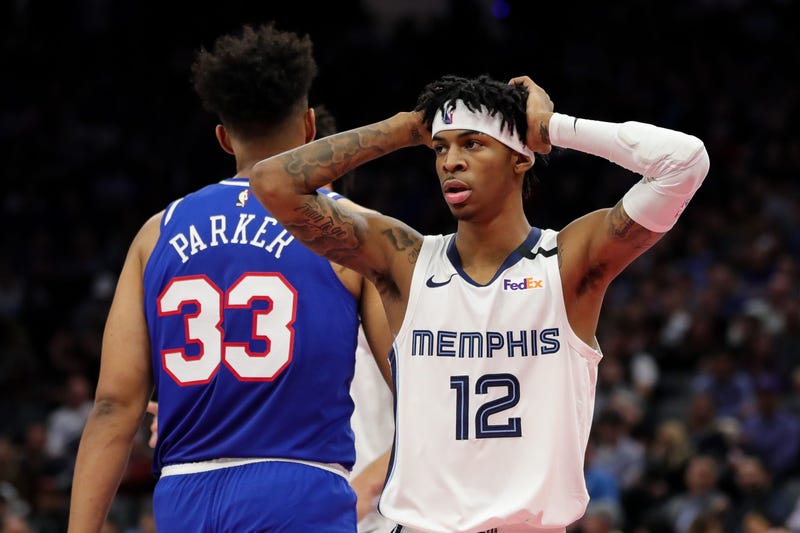 The top seven teams in the Western Conference have more or less been decided. Several teams, however, are vying for that coveted eighth spot.

“This is so compelling,” former NBA GM and current Sirius XM NBA analyst Wes Wilcox said on The Zach Gelb Show. “Memphis has been a great story this year, but the left knee injury to Jaren Jackson Jr., who’s reportedly our for a couple weeks before being reevaluated [is a tough loss]. They just lost another key injury in Brandon Clarke, who was a great draft pick for them this past year. He’s had a fantastic year. He’s out for a couple weeks. And Dillon Brooks, when they went on a great run, Dillon Brooks had a phenomenal January.”

Brooks shot 45.5 percent from three-point range and averaged 20.5 points per game in January. In February, those numbers have fallen to 22.2 percent and 11.0, respectively.

“That combination, as well as Memphis having one of the most difficult schedules the rest of the way, I don’t think they’re going to make the playoffs,” Wilcox said. “Now who does step up and make it? I don’t know.”

Perhaps Portland, which has made the playoffs six years in a row?

“But [Damian] Lillard has the groin, and how long is he going to be out?” Wilcox said. “I never count out San Antonio. New Orleans, they have one of the easiest schedules the rest of the way. Zion is back. Zion is playing like an All-Star. But when you’re four games back in the loss column and you only have 25 to play, every game matters. There’s still plenty of time for New Orleans. I think it’s going to be really compelling because Memphis is going to fall, and then the question is who’s going to step up? It could be any of those teams.”

“I think Sacramento is out of it, but they have nine wins in their last 13 games,” Wilcox said. “If they kept that up for another 10 games, all of a sudden they would be in the mix. They’re below all those teams now, but we got to keep an eye on the Sacramento Kings because they’re playing much better than people realize, and all of that has happened since Buddy Hield has gone to the bench.”