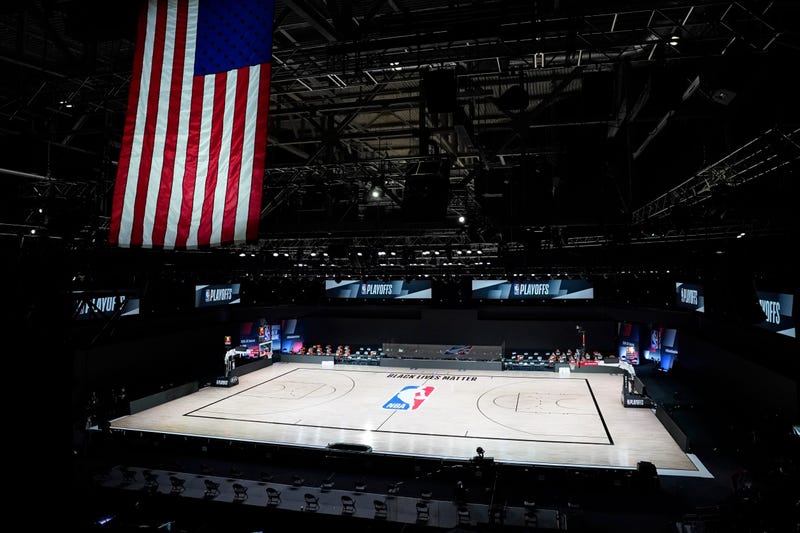 After much deliberation, NBA players have elected to resume the 2019-20 postseason, but their decision to boycott playoff games in the name of racial injustice will not be forgotten.

“In the moment when it was happening, it definitely hit you that it was historical,” NBA TV’s Stephanie Ready told JR SportBrief. “This whole bubble experience has had that feeling. Coming in, you knew that this was going to be something that was going to be written about in history books – not just because it hadn’t been done in sports before, but because of the context of it. The reason why we’re even here in the first place is because of this global pandemic, and hundreds of thousands of people are dying in our country alone. Tens of millions of Americans have lost their jobs. All of these things are happening at the same time, and so the NBA has been thrust into this spotlight – and in that spotlight, you do this boycott.”

The Milwaukee Bucks boycotted Game 5 of their first-round playoff series with the Orlando Magic on Wednesday. The Bucks were protesting the shooting of Jacob Blake, an unarmed Black man who was shot by police seven times in Kenosha, Wis., this past weekend.

Within hours, the NBA had postponed its games, and several other sports leagues followed suit.

“You have all the eyes of the world on you as you’re making this statement,” Ready said of NBA players. “When it happened in the moment, at least for me personally, it certainly hit hard because I realized what was happening. It was something I never thought I would see in modern-day sports. You learn about these things in history books and you think that that’s not going to happen in your era. You look at the greats like Muhammad Ali and you think, ‘I may not ever be able to witness anything like that happening in sports.’

“But the ripple effect of all these others sports and organizations that are now pausing . . . it keeps going,” Ready continued. “It’s certainly historical. I think the people that are here living it, because there has been so much uncertainty and we’re still trying to figure out how the rest of this puzzle is going to look when we put the pieces back together, I don’t think we’ve had a full grasp really of what it’s going to look like.”