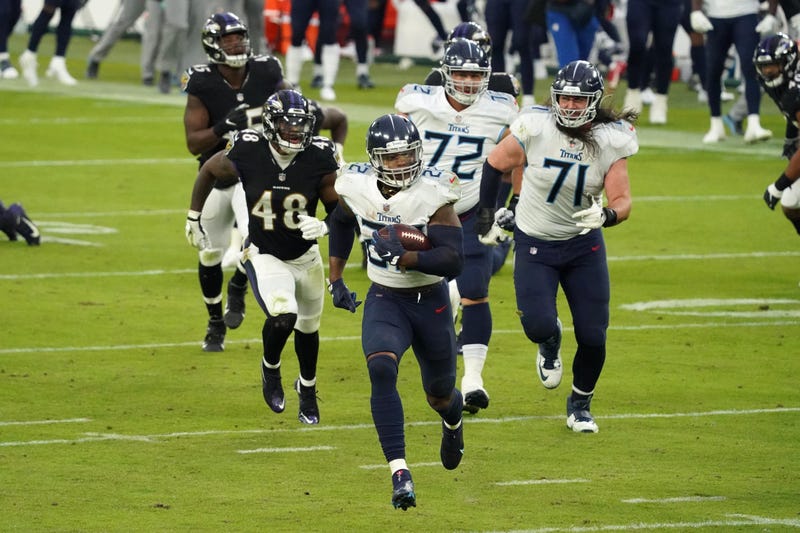 Week 11 offered another wild slate of games Sunday, with Derrick Henry scoring a walk-off touchdown in overtime to beat the Baltimore Ravens and Patrick Mahomes engineering a late touchdown drive to beat the Las Vegas Raiders, among other fantastic finishes.

What does it all mean? Well, it means the NFL MVP race is getting tighter by the kickoff.

“I think it’s the obvious names,” NFL analyst Russell Baxter said on After Hours with Amy Lawrence. “Certainly Patrick Mahomes is right up there. I think what Aaron Rodgers has done – they had a rough day in Indianapolis. They only had five turnovers coming into the game and they had four today. I don’t think you can dismiss Russell Wilson. I don’t think you can dismiss Ben Roethlisberger, who is another guy who has not really ever been in MVP consideration. I know they have the defense, but he’s brought a calm and cool to that offense that certainly wasn’t there last year when he wasn’t there. And then I think you have to look at guys to a lesser degree, like a Dalvin Cook, like a Derrick Henry, maybe even an Alvin Kamara.”

A running back has not won MVP since Adrian Peterson in 2012, but there are several hardware-worthy tailbacks this season. Henry leads the NFL with 1,079 yards and is third with nine rushing touchdowns for Tennessee (7-3). Cook, meanwhile, has 1,300+ yards and 14 touchdowns (13 rushing, one receiving) for Minnesota (4-6).

As or the aforementioned quarterbacks, the stats are off-the-charts good. The Steelers (10-) still haven’t lost, and the Chiefs (9-1) aren’t far behind.

“This is a different type of season,” Baxter said. “The fact that there’s been so many comebacks and so many wild games and [it's been] so offensively driven this year, you’re going to see two or three players put up numbers that would ordinarily be MVP-type numbers any other year and wind up not getting the award. Maybe we’ll have CO-MVPs. [We’ve] had that [in the past]. In 2003, it was [Steve] McNair and Peyton Manning in the same year. [In 1997], Brett Favre and Barry Sanders were CO-MVPs.”