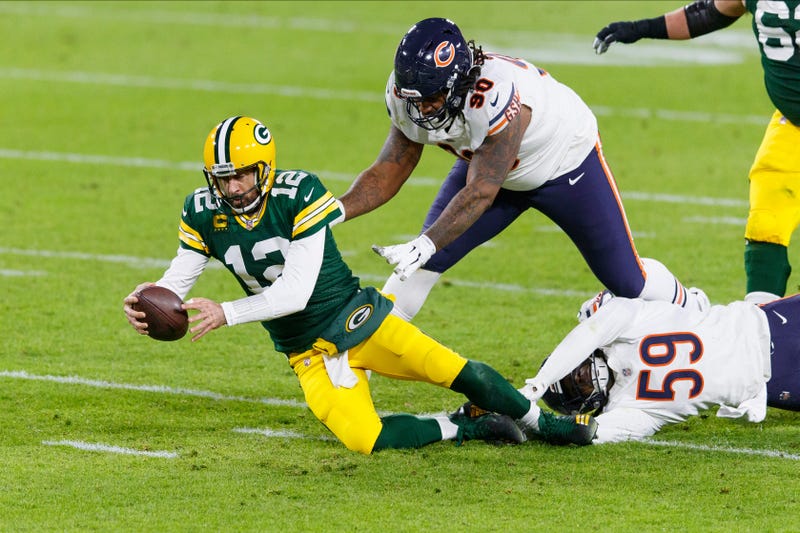 The Green Bay Packers beat the Chicago Bears, 41-25, on Sunday night, as Aaron Rodgers threw for 211 yards and four touchdowns. The Packers led 27-3 late in the second quarter and 41-10 entering the fourth. It was dominance from start to finish, as Green Bay (8-3) has won three of its last four games.

Rodgers, who turns 37 on Wednesday, is having one of the best seasons of his career, and a third NFL MVP award is very much on the table. Unless, of course, that Patrick Mahomes fellow gets in the way.

At this point, who should be the MVP?

“I watch Rodgers every week, and I don’t see enough of Mahomes,” Sports Illustrated Packers writer Bill Huber prefaced on After Hours with Amy Lawrence. “But Rodgers [has] Davante Adams and who else in the passing game? [Allen] Lazard is a good player – they’ve got some good players – but doesn’t Mahomes have tons more talent to throw the ball to? I don’t know if you want to base it on that. Both guys are having unbelievable years.”

Rodgers, meanwhile, leads the league in passing touchdowns (33) and passer rating (117.6) and has just four interceptions on the season.

“They’re lighting it up,” Huber said. “I would probably go Rodgers just because so much more is asked of him than of Mahomes because Mahomes has got so much talent around him. But it’s a 1-2 race.”

Adams, who missed two games this season, leads the Packers with 74 catches for 908 yards and 11 touchdowns. Tight end Robert Tonyan is second in all three categories (37/458/7). Lazard, meanwhile, has missed six games due to injury.

“I know Russell Wilson was a frontrunner for a lot of the season,” Huber said. “He’s thrown some interceptions [recently], but there’s a long ways to go here. I wouldn’t count him out either. But again, Wilson’s got probably more talent, too, with [Tyler] Lockett and [D.K.] Metcalf.”

The Packers host the Philadelphia Eagles (3-6-1) this Sunday, while the Chiefs host the Denver Broncos (4-7) on Sunday Night Football. Kickoff is at 4:25 and 8:20 p.m. ET, respectively.