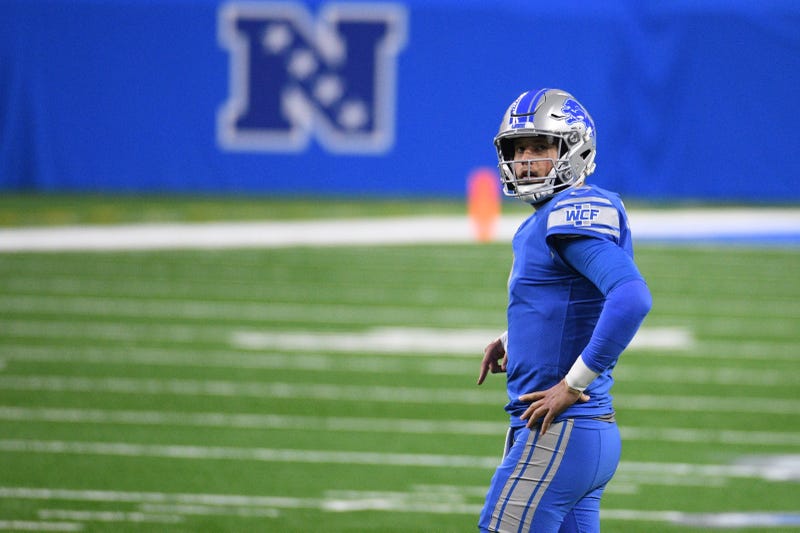 Time will tell if Matthew Stafford loves playing in Los Angeles, but one thing we know for sure? He’s glad he’s not in New England.

Indeed, the 32-year-old reportedly nixed the Patriots as a possible trade destination.

That has to be annoying for Patriots players to hear, right?

“No, why would I be annoyed?” Patriots defensive lineman Lawrence Guy said on The Zach Gelb Show. “If you talk to many players, they only want to play [for] a West Coast team, they only want to play in a dome – people have their preferences. . . . His comments are his comments. That’s his opinion. It is what it is. . . . Not everybody wants to be in cold weather. Some people want to be on the West Coast. Some people want to be on the East Coast. There’s people that take pay cuts just to stay in the organization. So it’s one of those situations, you just [say], ‘Okay, cool.’ And you just keep on going.”

Meanwhile, a former Patriot, Danny Amendola, made headlines this week for saying that the “Patriot Way” is Tom Brady – not Bill Belichick.

Guy, who has played for the Patriots for the last four seasons, said the Patriot Way means different things to different people.

The Patriot Way, in a nutshell, is about being selfless. It’s about playing for your teammates and preparing to win. It’s Bruce Arians publicly criticizing Tom Brady this season and Brady publicly acknowledging that Arians was right.

Guy was also asked about Super Bowl LII. Specifically, he was asked why Belichick benched Malcolm Butler in the Patriots’ 41-33 loss to the Philadelphia Eagles in February 2018.

“When you find out the answer, you let me know, too,” Guy said, laughing. “Him not playing, there’s a reason why. I can’t tell you the reason why because I don’t know the reason why. I truly don’t know why he didn’t play. The person that does know is Malcolm Butler. He knows. But at the end of the day, one player doesn’t change the outcome of the game; the team changes the outcome of the game. That one player was really good. He could have made some plays. But there’s still a lot of plays in that game that a lot of other players could have made. . . . But I don’t know what happened.”