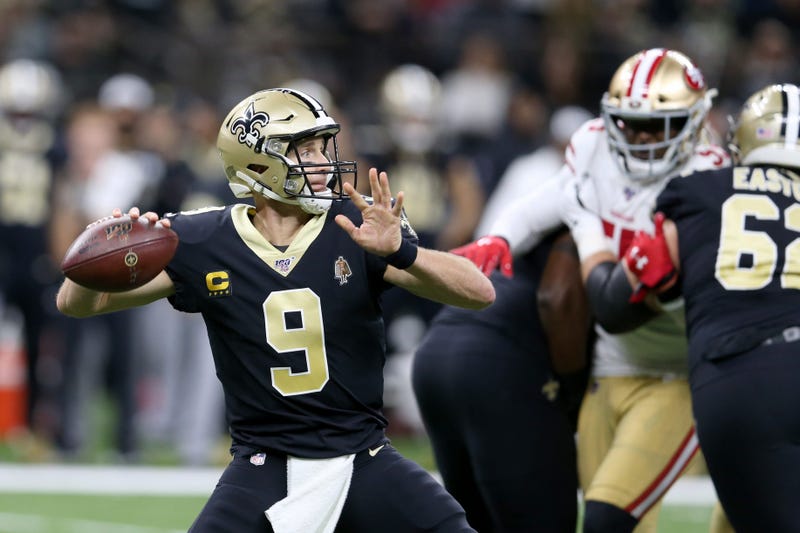 Roman Harper played with Drew Brees in New Orleans from 2006 to 2013 and again in 2016. They won a Super Bowl together. They are close friends.

But Harper was stunned by Brees’ comments about racial inequality in America. Brees, 41, said last week that he would "never agree with anybody disrespecting the flag.”

It was not a good look.

“Drew is a great friend, I love Drew dearly, but Drew dropped the ball on this one,” Harper said on The Zach Gelb Show. “When I first heard it, my wife told me what he said, and I was like, ‘Babe, that was old. That was 2016 when he said all that.’ She was like, ‘No, no, no, no. Just came up again.’ So I was taken aback already by that because the narrative has completely changed.”

Indeed, the death of George Floyd sparked protests around the country and throughout the world. Brees’ comments were, in a word, tone-deaf.

“It just really came off as very narrow-minded – almost like Drew has not been paying attention to the cities that are burning right here in front of us in our home country and you’re not listening or getting the point,” Harper said. “For Drew to come off as narrow-minded or to not see what’s going on, it was extremely out of character. I know Drew personally. I love Drew, his family, everything he represents. But I will not defend Drew when he says something wrong.”

In times of turmoil, people look to leaders for guidance. In this instance, Brees showed a lack of compassion.

“When you do that, that does not rub well with others, especially for the unheard, the unseen, the people that do not have a voice,” Harper said. “I don’t think Drew realizes how powerful he is, how big of a presence he is in the community that he plays in and the community that he lives in. . . . When [leaders] come up short, it really is not a good look. I think Drew is trying to do everything that he can to kind of make up for that.”

Brees apologized for his comments and has spoken to teammates past and present to express his remorse. In fact, Brees spoke to Harper.

“He was very apologetic, and I know his words [were] true,” Harper said. “But as I told him, Drew, your actions are what’s going to speak loudly now. You must understand that people outside of that locker room don’t know your heart. So I think that is where he has to continue to try to clean it up, and I think he will because Drew’s been through so much in his life. Not everything has been great. Drew was not the first-round quarterback and the Hall of Fame guy that we all project him to be coming out of college and high school. So all the adverse situations that he’s been through in his life has really set him up to be able to get over another adverse situation. He can overcome, and I think this will continue to build Drew Brees and mold him into the man he is.”

Still, one must wonder how this incident might affect the Saints in 2020. Will everyone move on? Or is there still work to be done?

“Oh, there’s still work to be done,” Harper said. “Like I said, actions will speak louder than words. Everybody will forgive him. We’re not up here to sit up here and throw stones. If you don’t forgive people, you will never be forgiven yourself. So we can’t sit up here and do that. Drew apologized. Let us accept his apology and be ready to move on. But now it is on Drew Brees to show that he means it, that he will now put actions in front of those things.