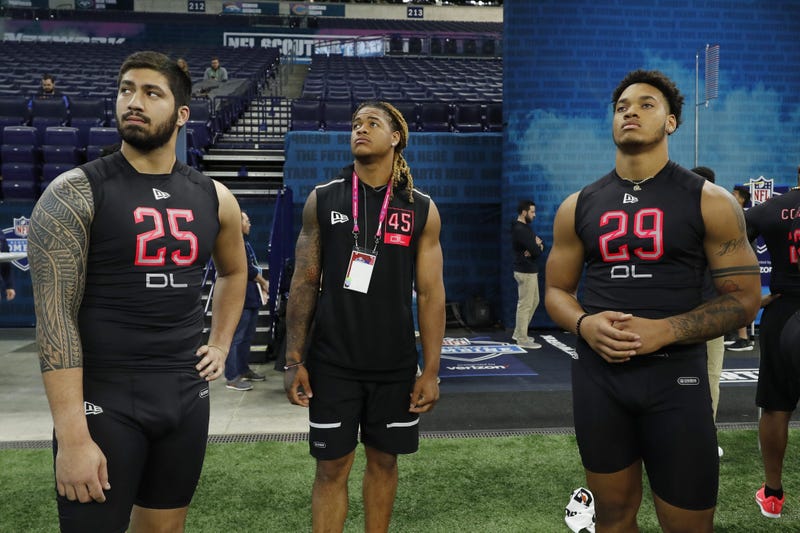 Due to the coronavirus pandemic, NFL coaches, scouts and executives have been unable to meet with prospects, and thus, have hit a snag in their draft prep.

Well, so have the actual draft prospects, who are unable to meet with, for example, trainers and nutritionists.

“It’s been a really interesting road,” sports nutritionist Jaclyn Sklaver said on After Hours with Amy Lawrence. “It’s been an interesting road psychologically as a coach and having to be there for my athletes, some who didn’t have Combine invites and also didn’t get a chance to go their Pro Days. [It’s] also an interesting change of what we’re used to doing as far as me helping them with their nutrition and how they’re used to sourcing their food. A lot of them go back to their schools after Combine training or they’re on meal prep at the facilities, so we’ve had to change those things a lot, too. Some of my athletes are getting a quick lesson in how to cook for themselves.”

Without access to standard gym equipment, some prospects could struggle to keep weight on, much less gain it.

“Most of the guys need to gain weight – and when I say weight, we’re looking anywhere from five to 15 pounds in eight to 12 weeks,” Sklaver said. “So we want to keep that weight on them – and that’s a big hurdle because their training has been scaled back. A lot of it is about their food, but they need to be lifting weights and they need to be training. I decide how many calories [they eat], and their macronutrients are based on their output every day and what their training is. So we’ve had to do a lot of changing to their programming.”

Timing is important, too. For many athletes, it’s not just about what they eat; it’s about when they eat it.

“I want to refuel them after their workouts,” Sklaver said. “Some of them only get one workout a day now. Some of them are really left on their own. They might not even be working out every day. So we’ve got a lot of changes to the regular program.”