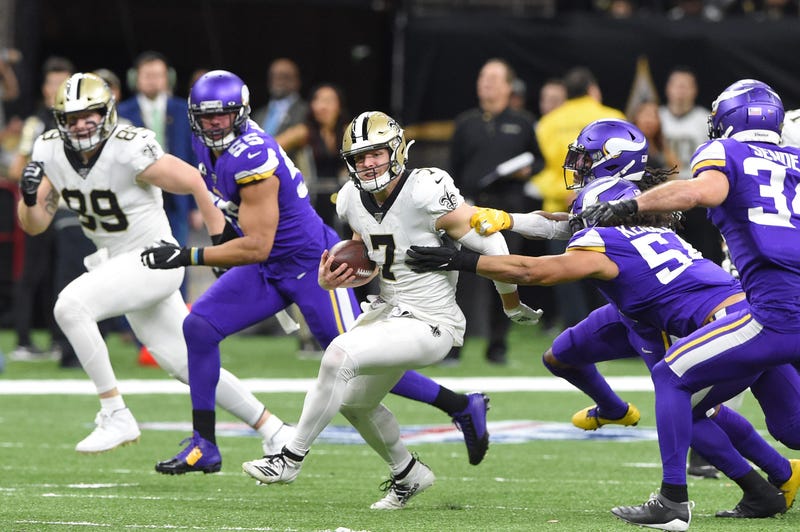 Drew Brees has played 19 NFL seasons, won a Super Bowl and turns 41 on Wednesday. In many ways, it would not be surprising to see him retire.

On the other hand, former Saints special teams coach Mike Westhoff does not see that happening.

“I don’t know for sure,” Westhoff said on The Zach Gelb Show. “I did not ask him, and he did not tell me. But his level of enthusiasm led me to believe he’s absolutely not ready to quit. I think he’ll go for a little while. I think he will. I believe that.”

When Brees does retire, though, Westhoff believes that Taysom Hill will be the Saints’ starting quarterback.

“I think he absolutely can be,” Westhoff said. “I think he can be. Take a look at Baltimore. He’s the same kind of guy. Taysom Hill does those same things. I think he throws better [than Lamar Jackson]. That’s the kind of football player he is. He was a very good quarterback at Brigham Young.”

Hill, 29, had seven touchdowns (six receiving, one rushing) this season. He threw for 50 yards, ran for 50 yards and had a 20-yard receiving touchdown in the Saints 26-20 Wild Card loss to the Vikings.

“I think he’ll be a heck of a quarterback, and I think you’ll see an offense that’s similar to Baltimore that can do a lot of different things,” Westhoff said. “Sean Payton is an extremely qualified coach, and he’s very, very creative. Sean Payton is a good coach.”

Where does that leave 27-year-old Teddy Bridgewater, you ask? Likely somewhere else.

“I think Teddy Bridgewater might have the opportunity to move on to another team as the starter, and I think Taysom Hill will be the guy that ends up being a successor,” Westhoff said. “I really believe that’s going to happen. We’ll have to see. I could be wrong, but I think we’ll see him as the next quarterback of the New Orleans Saints.”