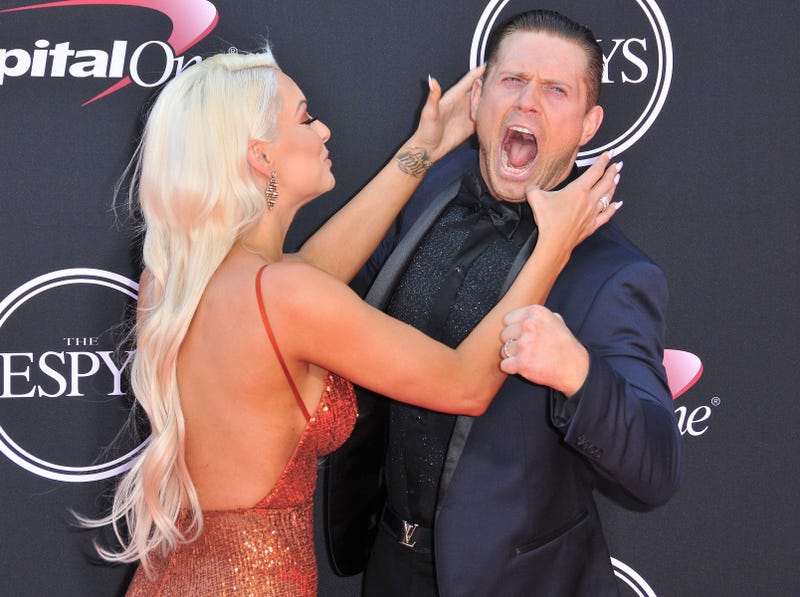 If you watch WWE, or any number of reality shows, you’re probably familiar with The Miz. The 39-year-old has become one of the most recognizable names – and faces – in entertainment, and there’s a reason for that:

“Honestly, I think I’m good at everything, but I think people just love to hate me,” The Miz said on The DA Show, laughing. “I have one of those punchable faces that you just look at and you just want to punch it. So yeah, it’s a lot easier for me to be a bad guy than a good guy on television, especially WWE. . . . With WWE, my character, The Miz, is very arrogant, egotistical, thinks he’s the greatest actor in the world that’s only been in B-movies. So it’s kind of like one of those kind of things.”

The Miz went from Real World contestant to participating on the Real World/Road Rules Challenge to becoming one of the top stars in WWE.

He is able to turn his WWE character on and off pretty quickly.

“I’ve done The Miz for over 20 years now,” he said. “I know how to turn it on and turn it off. My wife tells me I turn it on way too much and I need to tone it down, and then I abide by those rules. Whatever the wife says, we do. But honestly, with Miz & Mrs. coming out – it’s my reality show that gives you a behind-the-scenes look of my life outside the WWE ring – I think people are starting to look at me and go, ‘Oh, wow, he’s actually a nice guy.’ They’re surprised and shocked that I’m not like that in my regular, everyday life. I guess I’m such a great actor that people believe I’m really that arrogant and egotistical.”
The Miz also discussed his new show, Cannonball, which features “contestants from all across America facing off in one of the biggest, wettest, slippery-est water sports competition ever created.”

“If you love water parks, there is nothing bigger than Cannonball Bay,” The Miz said. “I always like to say I’m the star of the show, but I’m not. The contestants are. The contestants are so much fun. They’re entertaining. But the challenges that they have to go through are unlike anything you’ve ever seen. We have a 100-foot mega-slide, and when people say, ‘I’m not afraid of heights,’ they get up on top of our mega-slide and they go, ‘Maybe I am now.’ Because I have to go down this mega-slide going 60 miles an hour, I get launched off of this mega-slide, and one of our challenges is called the human dart. You get launched off that mega-slide going 60 miles an hour, you’re 80 feet in the air, and you have to hit a target with any part of your body. It’s called the human dart for a reason, and you are the dart; you’ve got to hit the bullseye. Some of the hits [are rough]. We have a lot of laugh-out-loud moments. The challenges are so much fun.”