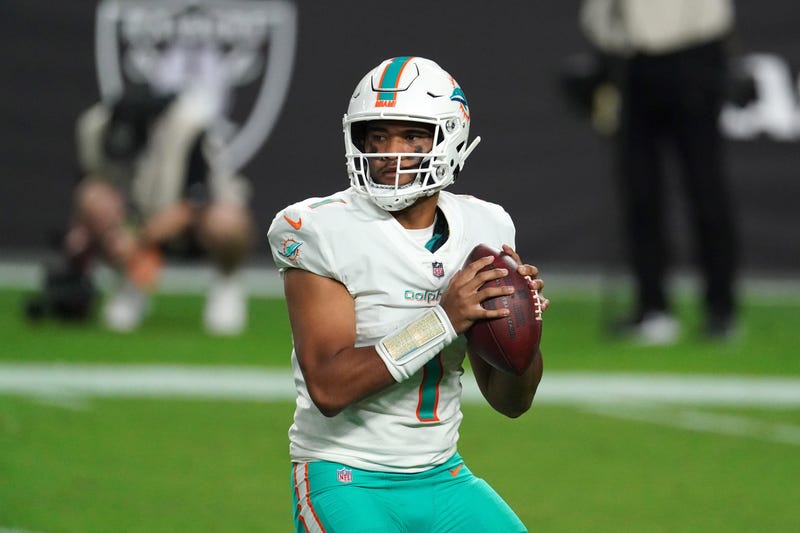 Afterward, Flores referred to Fitzpatrick as an ace in the bullpen and said that Tagovailoa will start against Buffalo (12-3) in Week 17.

Tagovailoa, 22, was the fifth overall pick in the NFL Draft. He has completed 65.1 percent of his passes for 1,453 yards and has accounted for 13 touchdowns (10 pass, three rush) to two interceptions in nine games.

Barber, who played 10 seasons in the NFL, is okay with Flores turning to Fitzpatrick in key moments for one simple reason.

“There’s no controversy,” Barber said. “A lot of times you would see a controversy, like, ‘Fitz is going to give us the best chance to win,’ the rest of the team is going to say, ‘We want Fitz.’ But I don’t think that that’s the case in Miami. That’s something. That’s saying a lot. I can’t think of a situation where it’s ever been like this in the NFL where you have a guy that’s starting – young or otherwise – he gets benched, and then the next week he comes back in and he’s still the starter and it’s not even a conversation.”