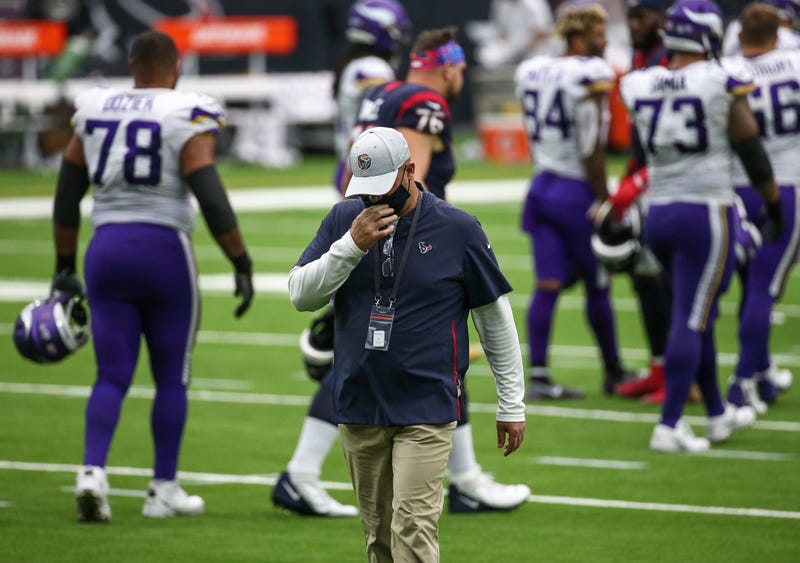 The Houston Texans fired head coach and general manager Bill O’Brien on Monday, this after an 0-4 start to the season.

O’Brien, who was hired in 2014, led the Texans to AFC South titles in four of the last five seasons.

“Do I think he got done dirty? No,” Tiki Barber said on Tiki & Tierney. “I think Bill O’Brien asked for the world, was given it, and realized that he could’t hold it.”

O’Brien, who went 52-48 with Houston, made several puzzling decisions as GM, including sending three-time All-Pro wide receiver DeAndre Hopkins to the Arizona Cardinals for a package that included David Johnson and a second-round pick.

“This feels like it became a situation where [the Texans said], ‘All right, Bill, you think you can fix this? We’re going to give you the power,’” Barber explained. “‘If you need to sign a left tackle as opposed to signing a superstar wide receiver to an extension, then go ahead. Do what you want to do.’”

Unfortunately for O’Brien, the results just weren’t there. He went 2-4 in the postseason, never advancing past the divisional round.

“He just couldn’t ever find his direction,” Barber said. “This whole play-calling thing has been an issue for three or four years. You couple that with they are trending the wrong way defensively . . . something had to give. You can’t get rid of all the players. You can’t replace them, so you get rid of the head coach. I can’t say I’m surprised. I’m surprised that it’s this early, but I’m not surprised that it happened by any stretch.”