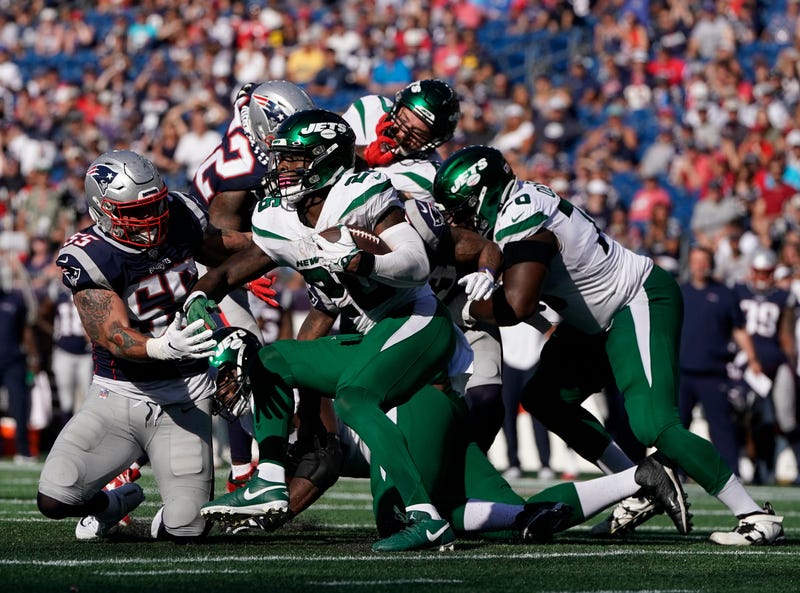 It remains to be seen where Le’Veon Bell will land after being released by the New York Jets, but CBS Sports Radio host Tiki Barber has an idea.

“Would you be surprised if he ends up in New England?” Barber asked on Tiki & Tierney. “If I’m Le’Veon Bell, why would I not go to New England? You get to play with Cam Newton, an offense that could use you because they’ve had some injuries in their running back room. As long as it makes sense monetarily, it makes sense football-wise because then he can go stick it to the Jets for the next year or two.”

While Bell was more productive in Pittsburgh, Barber believes he can still be a difference-maker.

“Can he still play? Absolutely,” Barber said. “He’s 28 years old, and he hasn’t had really any wear over the last year-and-a-half-plus. A lot of that is because of injuries. And look, he’s still the same guy. What made him good was not his elite athleticism. It’s not like he was Christian McCaffrey, who’s this blazer and slasher. What made him good is his patience, his ability to understand an offense’s game-plan and fit himself exactly where he needed to be and make big plays that way, both as a receiver and as a runner.

“The beauty of Le’Veon Bell is that even when he loses a step, he’s still going to be an effective running back,” Barber continued. “Can he help someone? Absolutely, he can help somebody. He’s going to be a steal for some team.”