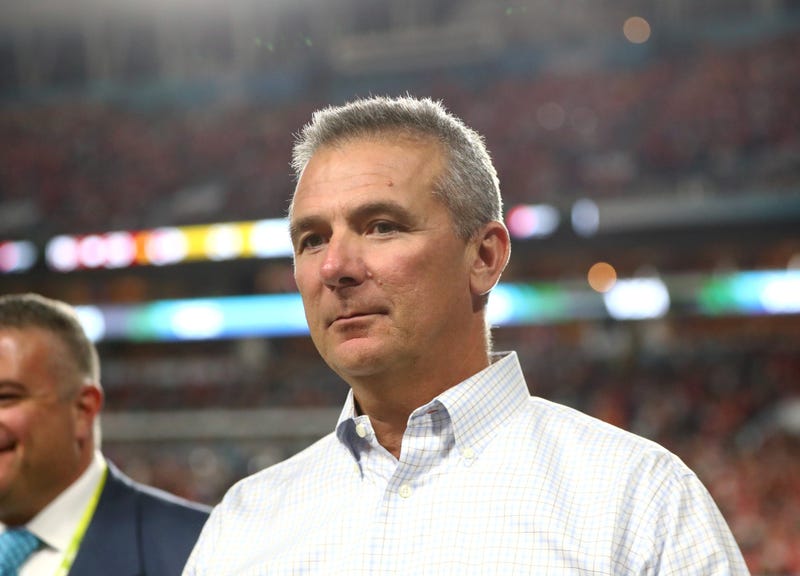 Urban Meyer is reportedly pondering a return to the sidelines, only this time in the NFL. Meyer is drawing interest from the Jacksonville Jaguars and Los Angeles Chargers.

Meyer won three national titles in college football – two at Florida and one at Ohio State – but would he be a successful NFL coach?

“First of all, I will say that I’m biased because we’re very close and he’s like a father figure to me and we talk all the time,” Tebow prefaced on Tiki & Tierney. “There’s a lot of coaches that bring a scheme; they bring this playbook. That’s not just what Coach Meyer brings. Coach Meyer brings a culture, he brings an attitude, he brings a vantage point, he brings a leader of men – so many things that, to be honest, I don’t think you’re finding in a lot of coaches.”

“It was a different playbook from Bowling Green to Utah and Utah to Florida and Florida to Ohio State,” Tebow said. “And it’s not the plays that did it for coach; it was him getting players to believe in themselves, believing in the overall team goal, buying into the mission, playing four to six seconds with relentless effort and focus on every single play of every single down of every single game. When you build that culture, when you know how to evaluate and you get great people and build a great organization, I think that’s what he does.”

The Jaguars, of course, have the No. 1 pick in the NFL Draft – presumably Trevor Lawrence. The Chargers, meanwhile, have their franchise quarterback in Justin Herbert, who flashed as a rookie.

Still, the 22-year-old Herbert has more NFL experience than the 56-year-old Meyer.