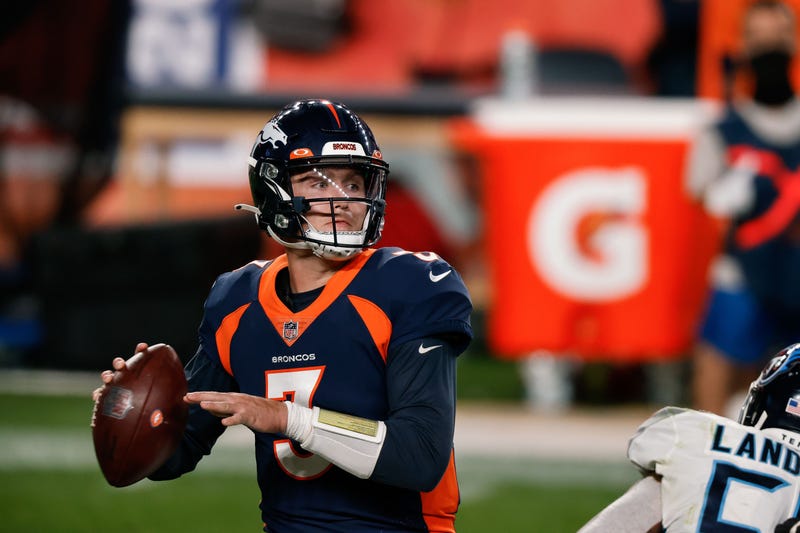 Broncos linebacker Von Miller suffered a season-ending ankle injury in September. Since then, the Broncos have been decimated by injuries to quarterback Drew Lock (shoulder), wide receiver Courtland Sutton (knee), and running back Phillip Lindsay (toe), among others. Perhaps unsurprisingly, the Broncos (1-3) struggled out of the gate before getting into the win column with a Week 4 win over the Jets.

Miller, though, has been impressed with his squad through the first month of the season.

“I’ve never been in a position like this to just sit at home and watch my team that I worked all training camp with,” Miller said on Tiki & Tierney. “Sitting back and watching the guys, we play hard as hell, man. We play hard as hell whether we’re winning or we’re losing, whether it’s the second-string guy or the first-string guy, whether it’s the starters on the team or whether it’s the guy that we just brought in. It’s just the culture here with the Denver Broncos. I’m proud of my guys to see how hard they play, and we finally got a win. That’s the hardest part: getting that first win. The rest of them will keep on rolling. I’m excited for the guys.”

Miller, an eight-time Pro Bowler and three-time first-team All Pro, is especially excited for Lock. The 23-year-old is still trying to find his footing in the NFL, but if you have doubts about the young QB, well, Miller does not.

“In my eyes, Drew is the guy and Drew’s been the guy since day one, since I first seen him,” Miller said. “My first time seeing him throw a football, he had just got drafted and he had a suit on still and he threw the ball for the cameras and the photos and stuff, and I was like, ‘Yup, that’s the guy.’ Just being in the locker room with him and just being around him, he just has the superstar glow about him. In my eyes, in my opinion, Drew is the guy.”

Lock, a second round pick in 2019, has completed 60.5 percent of his passes for 236 yards and one touchdown in two games this season. Miller, who led the Broncos to a win in Super Bowl 50, is excited for the future of the offense.

“We got Courtland Sutton. We got K.J. Hamler, Jerry Jeudy,” Miller said. “In my eyes, there’s not too much more that they can do on that side. More time together and more time to gel would be perfect for any offense. In my eyes, Drew’s the guy, man. He’s going to get it done for us.”