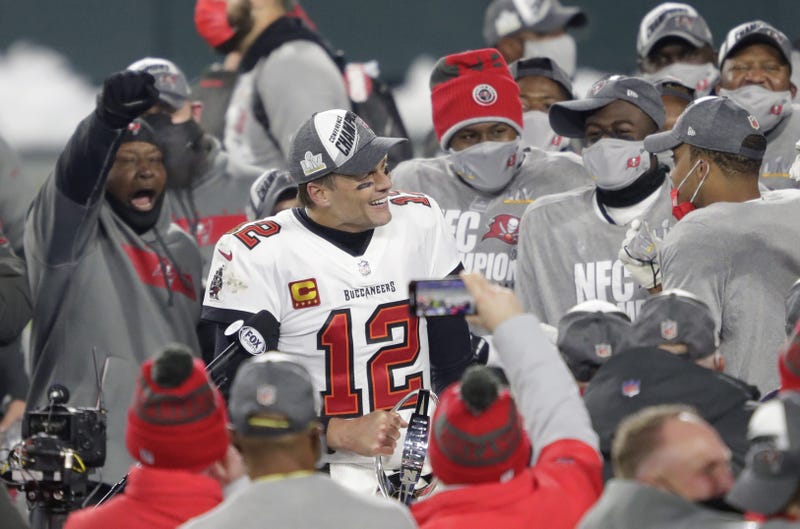 After winning his seventh Super Bowl ring and fifth Super Bowl MVP on Sunday, Tom Brady, it is safe to say, has cemented his status as the greatest quarterback in NFL history.

There are, of course, fans who do not like Brady for any number of reasons, but Brady’s unmatched excellence cannot be denied.

And if you deny it, well, grab a seat. Because CBS Sports Radio host Zach Gelb is going to give you a reality check.

“Guess what? I’m sick and tired of all you bitching and complaining about Tom Brady,” Gelb said on The Zach Gelb Show. “‘Oh, the referees! Oh, he’s a system quarterback! The league wants him to win.’ Blah, blah, blah. Shut it. The guy is the GOAT. If you can’t call him the greatest quarterback of all time, you are an imbecile; you’re a moron. If you can’t call him the greatest of all time, your nose is just growing because you’re Pinocchio.”

Despite winning six Super Bowls with Bill Belichick in New England, many NFL fans dismissed Brady as a system quarterback. Winning Super Bowl LV with Bruce Arians, however, should nullify that argument.

“Spell system: S-Y-S-T-O-M – because Tom is the system,” Gelb said. “Now he goes to Tampa Bay and all you system quarterback dopes and morons can shove it. First year in Tampa, new coaching staff, new system, no offseason – the guy didn’t even play his best and he still had 43 total touchdowns and he just added a seventh Lombardi Trophy to his trophy mantle. Seven Lombardi Trophies. That’s more than any team has in the history of the league. Five Super Bowl MVPs. That’s more than any quarterback has Super Bowl rings.