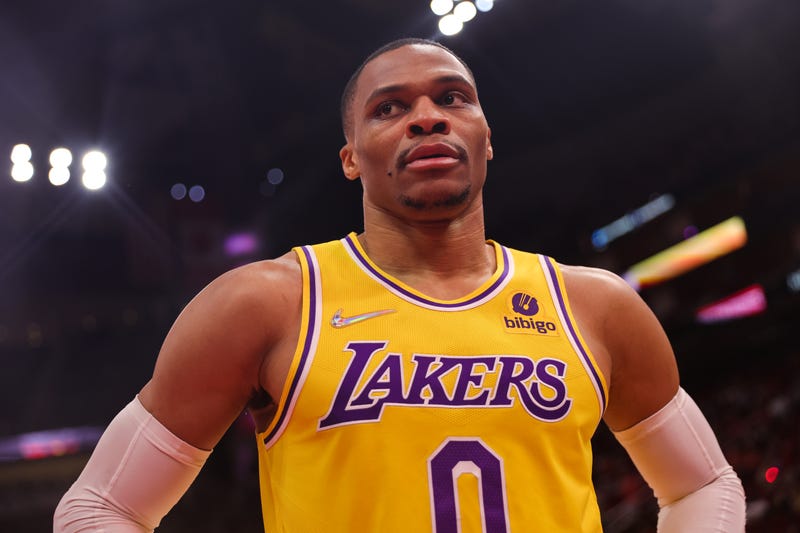 Russell Westbrook's reputation as an NBA superstar appears to be fading with each passing day. And the argument can be backed by how he performed for the championship-or-bust, tension-filled Los Angeles Lakers on Wednesday.

Desperate for a win against the Indiana Pacers and searching for a solution, Lakers head coach Frank Vogel elected to bench Westbrook for the final four minutes of regulation, after shooting 5 of 17 from the field. The decision didn't light a spark -- Los Angeles lost by seven -- and when asked about Westbrook after the game, Vogel simply told reporters that he was, "playing the guys that I thought were going to win the game."

"This is just sad. I was really looking forward to a Lakers-Nets Finals. It doesn't look like it's going to happen. Lakers aren't carrying their part," JR said during the JR SportBrief show on Thursday. "The guys who're supposed to carry this squad are either hurt, or they suck. LeBron James must feel like he's back in Cleveland. Their bad days, dragging a team that'll go absolutely nowhere. So, everybody has a little bit of blame to shoulder...

"In the case of Westbrook, he's not done. His career isn't cooked. He can still go ahead, be a starting point guard. But he's reached a point where, you have to be smart... He has to capitulate to what his strengths are... He can bounce back. He's in a terrible slump... Westbrook isn't the Lakers' biggest problem. It's the fact that, he is who he has been, and there's nobody on the team to offset him. That's something [Lakers GM] Rob Pelinka put together..."

Westbrook, who became the NBA's new triple-double king last season, has been more of a liability than an asset for the Lakers. Through 45 games, he's averaging 18.5 points -- his lowest mark since the 2009-10 campaign -- with 8.0 rebounds, 7.8 assists, and a 43.3 field goal percentage.

To make matters even worse, a recent report from The Athletic revealed that the Lakers' front office has been evaluating Vogel on a game-to-game basis, and his time with the team may soon come to an end. If fired, Vogel would be the scapegoat, as injuries to key contributors and poor on-court efforts have Los Angeles teetering around .500, with a disappointing record of 22-23.

JR's complete thoughts on Westbrook and the Lakers can be accessed in the audio player above.