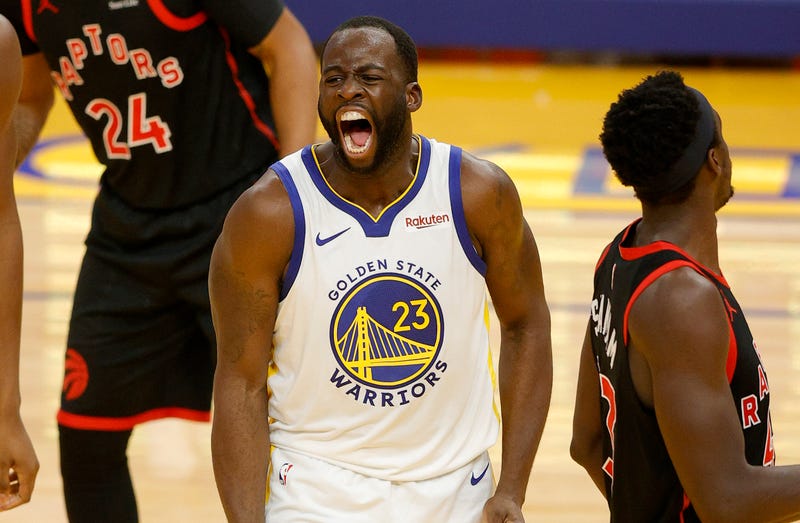 Stephen Curry's record-setting month of April continues to roll on.

The Golden State Warriors' guard drilled seven three-pointers on Sunday in a 117-113 win over the Sacramento Kings to set a new NBA record for most threes in a calendar month with 85, and with five days remaining in the month, expect that number to increase. Curry is averaging over 38 points per game this month; he’s shooting a blistering 53-percent from the field and 47-percent from downtown. The praise being shown to the world's greatest shooter has been plentiful, and rightfully so. But a ton of credit should also be given to Warriors forward Draymond Green, the unsung hero who's having one of the most unique seasons in NBA history -- especially as of late.

Although Green was the 10th-leading scorer in the Warriors' win on Sunday, he did lead the team in both rebounds and assists. His 14 boards doubled every Kings player in the game, and his 13 dimes were not only a game-high, but also just one shy of Sacramento's entire starting lineup combined. Curry was the leading scorer with 37 points, but it was Green -- despite scoring 29 fewer points -- who had the highest plus-minus in the contest. This type of game has been emblematic of Green’s stellar performance all season.

The Warriors have 11 games remaining in the shortened regular season, but this hasn't slowed Green down, as his performance on Sunday gave him a career-high 20 double-digit assist games this season. Green joins LeBron James, Wilt Chamberlain, and Nikola Jokic as the only non-guards in NBA history to have at least that many double-digit assist games in a season. When Green becomes this valuable of a facilitator, the Warriors find themselves among the NBA’s elite. The Warriors have won 70-percent of their games this season when Green goes for double digit assists, and they've won only 41-percent of their games when he falls short of this mark.

The Boston Celtics really struggled this past weekend. Their starting lineup -- consisting of Tristan Thompson, Jayson Tatum, Jaylen Brown, Kemba Walker, and Marcus Smart -- is loaded, and it features an NBA champion, three All-Stars, and an All-NBA First team defender. But at a time in the season where every game is so crucial, this talented squad lost by more than 20 points to a Charlotte Hornets team on Sunday that has a combined zero All-Star appearances. How is that possible? It boils down to one very simple philosophy that the Celtics are not embracing, and Green has cemented into his DNA: move the ball and make the best play. Green’s Sunday assist total of 13 matched Boston's entire starting lineup, and that isn’t even the most impressive feat from Green this past weekend.

In each of his past two games, Green's had at least 12 rebounds. In his previous 51 games this season, he finished with 12 boards just three times. Green understands that winning encompasses a lot more than just putting the ball in the basket -- it involves creating that easy opportunity for a basket, and having possession of the ball in the first place. It’s also worth noting that Green is averaging 1.6 steals per game this season, his most since he won the Defensive Player of the Year award in 2017. To win this particular accolade at 6-foot-6 is virtually unheard of. Green is the second-shortest player to claim this honor in the last 35 years, and only Gary Payton is shorter at 6-foot-4. When you have Green's level of IQ and determination, these two imperative characteristics can walk an awfully long way together.

Every team needs a superstar like Curry to sell tickets and ultimately win games, but every team also needs someone like Green to win a title. This may very well be the best version of Green, a player who far too many people said was done being an impact player. However, on many nights, he might be the impact player.