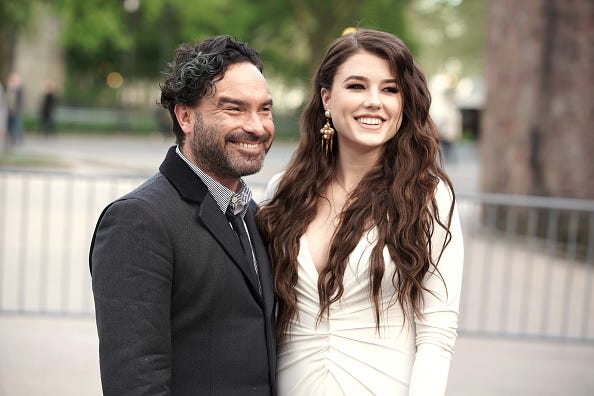 Johnny Galecki is adding a new role to his resume after the “Big Bang Theory” finale: proud dad.

The actor shared the news on Instagram alongside a black-and-white shot of him and Meyer holding their newborn son’s tiny hands.

“With full and grateful hearts we welcome our beautiful son into this incredible world. Thank you for all of your love and support,” he captioned the adorable photo.

While the actor didn’t reveal the newborn’s name, PEOPLE is reporting that they named him Avery.

The couple first went public with their relationship in September 2018. They announced that they were expecting in May.

They also gave fans a glimpse into their outdoor gender reveal party.

“A day I’ll never forget,” Galecki captioned a photo of the two off them covered in blue paint.

"To all those who voted boy you were right!" Meyer later captioned an Instagram story.

Galecki previously revealed he was hoping for a baby girl during an appearance on “The Talk,” where he even rocked pink nail polish.

Meyer, a model from San Diego, has been publicly documenting her pregnancy journey on social media.

She posted an intimate photo of Galecki kissing her baby belly on Thanksgiving with the caption, “More than one million things to be thankful for.”