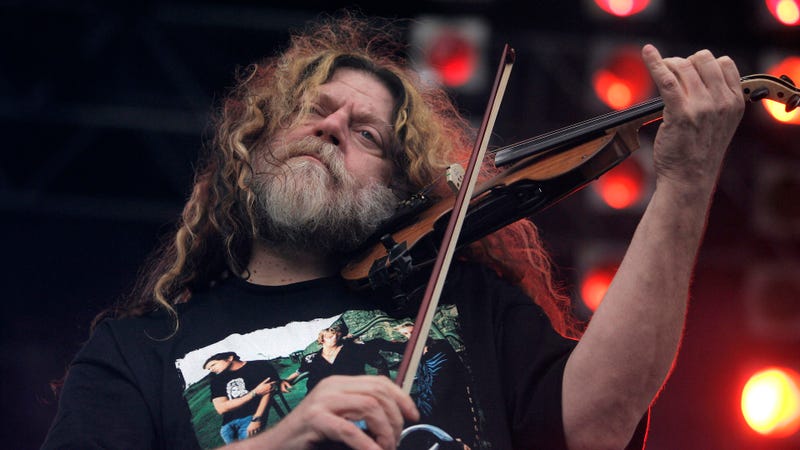 Robby Steinhardt, violinist and co-lead vocalist of Kansas, has passed away at the age of 71.

According to a Facebook post from Steinhardt’s wife, Cindy Steinhardt, he was admitted to the hospital on May 13 with acute pancreatitis. Not long after he was admitted, Steinhardt went into acute septic shock and was placed on life support. Although the outlook was “very grave,” Steinhardt lived through the night after he wasn’t expected to.

“Like the true fighter he is, he managed to spring back much to the amazement of his entire medical staff. Once again he cheated death and the road to recovery had begun,” his wife wrote.

Two months later, Steinhardt suffered another sepsis on the day he was set to be released from medical care and moved into a rehabilitation center. Steinhardt passed away on Saturday, July 17.

“We are beyond devastated as our lives were about to start a new adventure,” Steinhardt’s wife wrote. “Robby just recorded his first solo album with the talented music producer Michael Franklin at Solar Studios.  A tour to start in August, Robby was so looking forward to being back on stage doing what he loved.”

Steinhardt joined Kansas in 1973 as his violin and vocals can be found on some of the band’s biggest hits including “Dust in the Wind,” “Point of No Return,” and “Carry on Wayward Son.”