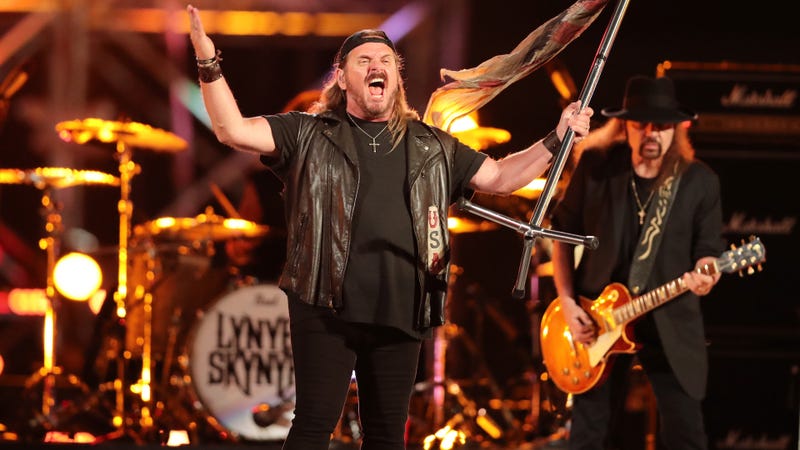 Saying goodbye is never easy, which is why Lynyrd Skynyrd may have had a change of heart.

Lynyrd Skynyrd announced their Last of the Street Survivors Farewell Tour back in early 2018 as a way to say goodbye to fans. The band was well into the trek when the COVID-19 pandemic struck and forced the band to put the tour on hold.

Now that they’ve had some time to think things over, they’re going to hold off on saying farewell.

Announcing the Big Wheels Keep On Turnin’ Tour with 13 brand new Skynyrd shows going on sale this Friday! Want to grab your tix before anyone else? Presale begins TOMORROW at 10am local with code: SKYNYRDBIGWHEELS. Many more dates already on sale – visit https://t.co/ukgftOADer pic.twitter.com/DT9AaYUHGn

Lynyrd Skynyrd announced the Big Wheels Keep On Turnin’ Tour, a 30-date trek across the country beginning this June. “We were two shows into the end of the three-year plan for the farewell tour, when the virus hit and everything was just gone,” singer Johnny Van Zant said in a statement.

“Once something is taken away from you - music and touring, in our case - you truly realize how important it is and such a part of your life. Music is a great healer, and that’s what we all turn to when things are good or bad. A Skynyrd show is a family affair, and we want these dates to help heal our fans as much as ourselves."

Rather than continue their previously scheduled farewell tour, the band opted to hit the road once again.

A Message from Skynyrd

Hey Skynyrd Nation, we just wanted to give you an update and personal message from Gary, Johnny and Rickey on what’s been happening this past year and what’s upcoming for the Skynyrd band.

“And since that time, we have been talking amongst the band, and realized that music has such a way of healing. Maybe it’s not our time to go. And maybe it’s our time to lift people’s spirits and lives and bring back some joy and happiness after so much turmoil this past year. We’re still standing, still keeping the music going.”

sports
Thanks to D-Backs, Mets no longer hold this inglorious MLB record
music
First Impression: H.E.R.'s 'Back of My Mind'
music
The studio where Outkast crafted some of their biggest hits is now listed on AirBnB
music
Audacy Check In: Ben Platt says his new single ‘Imagine’ came ‘at the perfect time’
music
Katy Perry and Orlando Bloom try to save democracy in new short film
music
WATCH: Nicolas Cage is a truffle hunter out for revenge in ‘Pig’ trailer