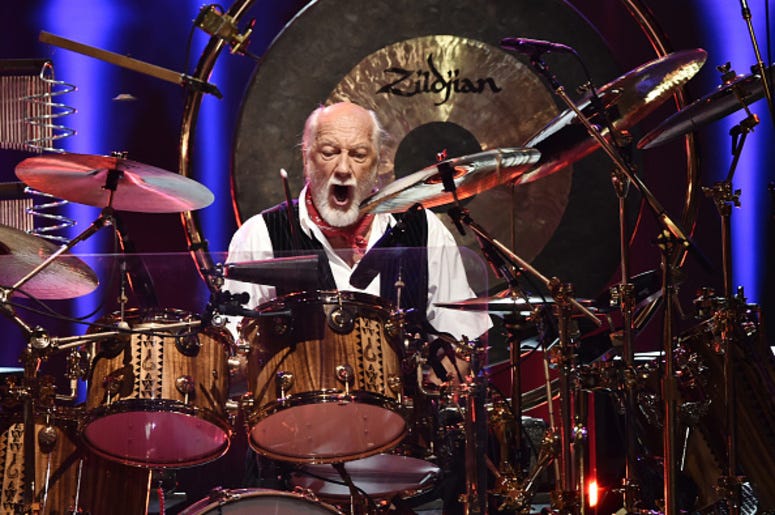 Fleetwood Mac’s Rumours is one of the most iconic albums of all time, but besides the music people also love it for its album cover. The cover features an image of Mick Fleetwood holding hands with Stevie Nicks as he has a set of wooden balls hanging from his pants. Now, Fleetwood has decided to auction off his wooden balls, and they are expected to sell for up to $200,000.

Next month, Julien’s Auctions is set to have a special sale of Fleetwood Mac items. ‘Fleetwood Mac: Property from the Lives and Careers of Christine McVie, John McVie and Mick Fleetwood’ will take place on December 3, and will feature a number of items other than Mick Fleetwood’s wooden balls.
However, those seem to be the most popular item so far, already receiving bids for $40,000.

According to People, the wooden balls hang on a black leather cord and come in a small pouch that reads "Open Sesame." The buyer will also receive a signed print that reads, "Born with them!! Leave with them!! Always love Mick Fleetwood," along with a small doodle. For Fleetwood Mac fans, this is definitely a piece of memorabilia worth paying for.