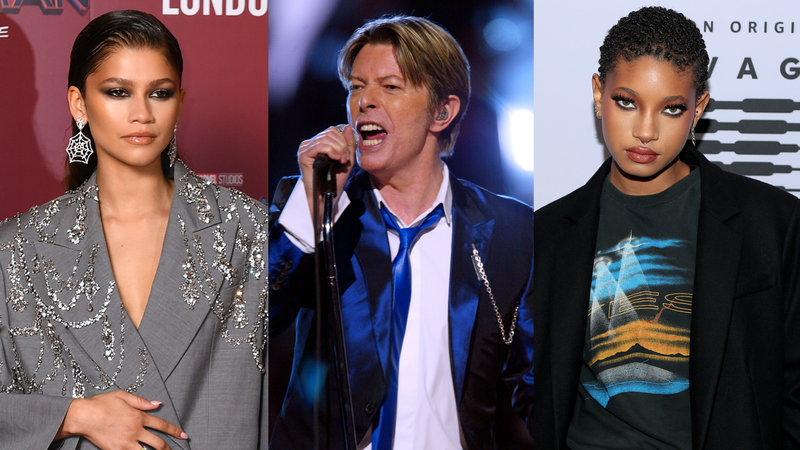 In honor of what would have been David Bowie’s 75th birthday, W Magazine re-shared an IG reel featuring up and comers like Zendaya, Willow Smith, and Kiernan Shipka paying tribute to the late legendary singer and the internet is losing it. Absolutely dragging the video, dubbing it “painful to watch”.

So obviously, we want to talk about it. So lets —

Which to be fair is kind of a W Magazine sort of thing as part of it’s “Casting Call” series. You know — like when Chris Evans, Scarlett Johansson, Willem Dafoe and more delivered a deadpan performance of Lizzo’s “Truth Hurts." And while no doubt they had the best of intentions, as the internet has been so gracious to point out, that doesn’t make it okay — like AT ALL.

You can peep the outrage for yourself in the comments section. But in hopes of saving you some time below are a few particularly savage reactions — let’s review.

Firstly, fans were enraged with the starlets’ lack of lyrical knowledge, with comments such as "I hate how they're reading it,"– instead of knowing the lyrics by heart like a legit Bowie fan.

Additional comments included, “Where is the unsee button?” and "This is so insulting to David Bowie, on his birthday of all days.”

While others referred to the 2016 Lynn Hirschberg-directed clip as “painful to watch,” “a car crash” and simply put and straight to the point, “Cringeworthy.”

Someone else compared the tribute to Gal Gadot’s infamous cover of John Lennon's “Imagine” featuring a list of celebs which also received heavy criticism when it dropped Fall 2020 in response to the COVID-19 pandemic. “Ya’ll really didn’t learn anything from that Gal Gadot ‘imagine’ video, huh?”

On a positive note, there were a few followers who weren’t opposed to the tribute. With one commenting, "Love these girls," and another adding, "Love this ode to a legend!"