The last thing one of the world’s biggest rock bands expects to encounter on a summer tour is a pile of snow, but that’s one of the memories that sticks out for Michael Anthony and Sammy Hagar.

Van Halen was set to play Fiddler's Green Amphitheatre in the Denver suburbs around the time of 1988’s OU812 – the band’s second album with Hagar. A freak snowstorm hit in the hours leading up to the show, which led to some unusual conditions.Hagar said Eddie Van Halen could barely play because his fingers were so cold, despite Anthony’s recollection that big heaters were brought to the sides of the stage.“The place was packed and everybody looked like a Q-tip out there,” Anthony quipped. “It was no big deal for the audience.”

Anthony is now one-fourth of Sammy Hagar & the Circle, which also includes drummer Jason Bonham and guitarist Vic Johnson. Denver was also very important to the formation of Hagar's latest band. The singer-guitarist and Bonham ran into each other in the city and one thing led to another. 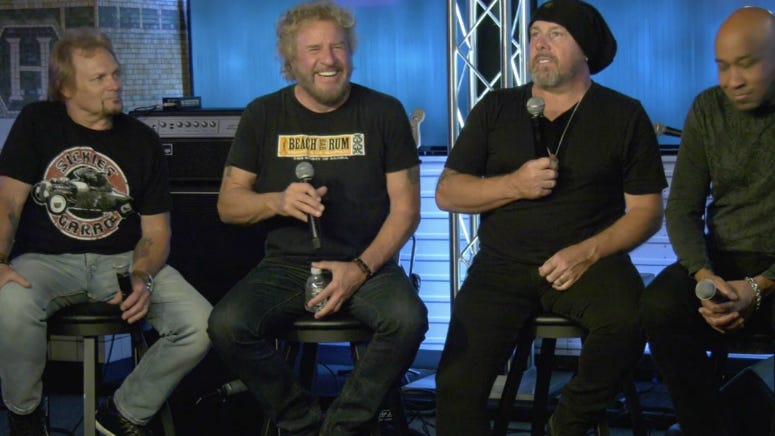 Sammy Hagar Finally Reveals the One Way to Rock

“Once Jason played and Mikey was playing bass and they played four or five songs I just said I gotta have that drummer,” Hagar recalled. “I’m going to start a new band. It broke up the Wabos.”

Sammy Hagar & the Circle are on tour this spring as they get set to release their new album Space Between. Check out the full list of dates here.