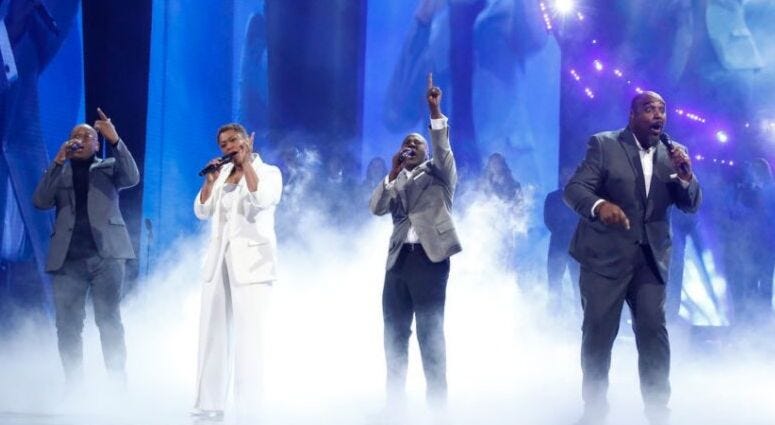 Vocal firepower was on full display this week as the military singing group "Voices of Service" returned to the stage of America’s Got Talent.

Army veterans Caleb Green and Ron Henry along with Army Sgt. Maj. Christal Rheams and Army Sgt. 1st Class Jason Hanna dropped a sonic boom with their rendition of  Gavin DeGraw’s “Fire” on Tuesday’s live performance show.  Backed by a chorus representing all five military branches, their performance brought the crowd to its feet, and ended with a huge swell of harmony as they punched the final lyric, “We are the Champions!”

After their performance, Simon Cowell beamed, “I could sum it up with one word: Inspirational. I always felt that way about you...I think the public are going to vote you through to the next round…you’re capable of coming up with a song that could literally stop the traffic with your voices, so congratulations.”

But would America feel the same way? 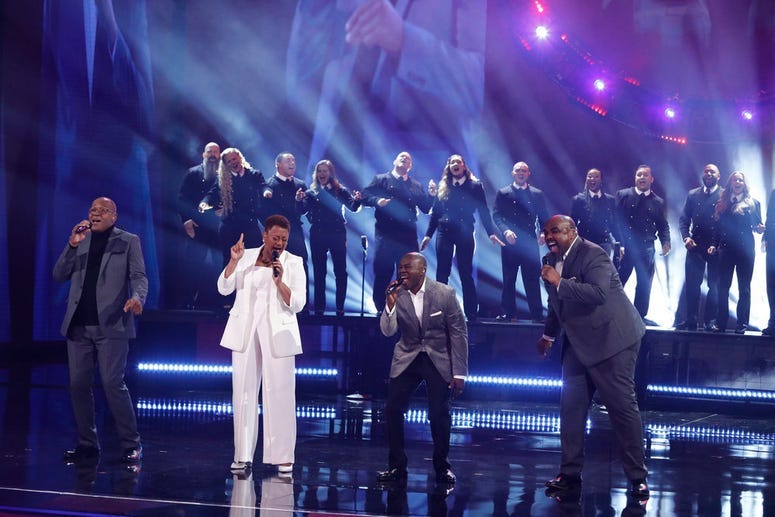 The tension built throughout the show, which aired on Wednesday night. Show Host Terry Crews had been pulling performers out in pairs and announcing one to advance and one to go home.

When he pulled Voices of Service forward on the stage, it was alongside Kodi Lee, a blind singer with autism who has become one of America’s favorite performers and received judge Gabrielle Union’s “Golden Buzzer” which automatically pushed him ahead into the live performance round.

But after a long, dramatic pause Crews announced who would advance to the semifinals, and the answer was: “Both of you!”

As the crowd cheered, Voices of Service happily shared congratulations among each other and Kodi Lee.

“We feel great and we’re in great company,” said Sgt Maj Chritsal Reams. “This is awesome, thank you … we love you!”

Voices of Service is a group that comes from the charitable foundation known as CAMMO (Center for American Military Music Opportunities). Through this foundation group members help servicemembers and veterans train for careers in music production, recording, management and provide music therapy for service members, their families, and veterans suffering from Post Traumatic Stress. 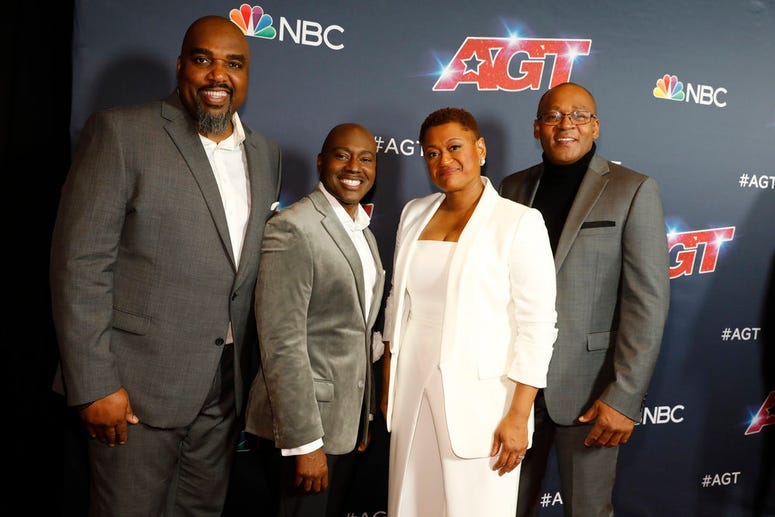 While winning AGT is a dream come true for every contestant for Voices of Service member, Army veteran Ron Henry, every performance is a chance to do something even more special, “People focus a lot on the war, but what we should focus on is the warrior...That's why we’re called voices of service because we are the voices for those people, who cannot speak for themselves.”

Voices of Service joined six other acts who will now move on to the semi-final round. “America’s Got Talent” returns next week with a live show on Tuesday and a results show on Wednesday, both at 8 p.m. on NBC.

For more information about America's Got Talent click here