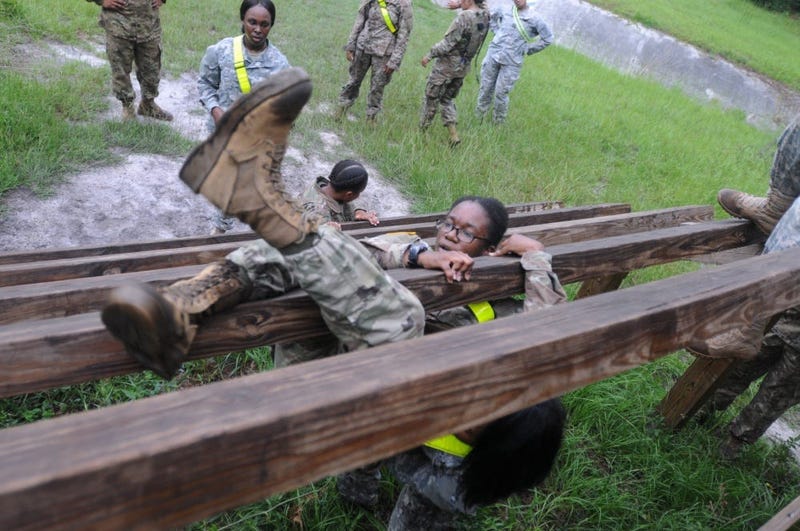 During the American Revolution, one woman was itching to get into the fight, so she disguised herself as a man so she could serve in the Continental Army. Now, a bill carrying her name is aimed directly at addressing the gender gap in VA care.

The Deborah Sampson Act was recently reintroduced by Sens. Jon Tester (D-Mont) and John Boozman (R-Ark.), which would expand the counselors for women veterans at VA hospitals nationwide, improve infant care for mothers by increasing the number of days of maternity care allowed, and increase the number of gender-specific health care providers.

“Women veterans must feel comfortable and empowered to turn to the VA for the health care and benefits they earned,” said Tester, who is the ranking member on the Senate Veterans’ Affairs Committee.  “It’s important we ensure the VA is holding up its end of the bargain to our sisters, mothers, and daughters.”

Tester added the legislation would “change the culture” at VA “to better support women veterans’ service and sacrifice.”

Women are the fastest growing veteran demographic, 20,000 of which call Boozman’s home state of Arkansas home.

“This population continues to increase as more women answer the call to serve in uniform,” added Boozman. “We must update VA services to support the unique needs of today’s entire veteran community.”

Deborah Sampson served 17 months fighting for the birth of what would eventually become the United States. She served until she was wounded and received an honorable discharge. Today, she’s a symbol of all the women who came after her who served in every single conflict since.

The bill would also provide more grants for low-income women vets while increasing resources for those women experiencing homelessness.

Many veterans’ organizations have thrown their weight behind the renewed effort.

“The number of women veterans seeking VA health care services has more than doubled over the past decade, yet in many cases this population still feels marginalized by a VA health care and benefits system that was designed primarily for men and does not address their unique needs,” said Disabled American Veterans national commander Denis Nixon.

Iraq and Afghanistan Veterans of America’s Chief Policy Officer Melissa Bryant said they are “profoundly appreciative” for the reintroduction. “The face of our military has changed, and the VA must adjust as well to ensure our increasing numbers of women veterans like me get the care we need,” said Bryant.

“We call on Congress to finally pass this bill this year.”