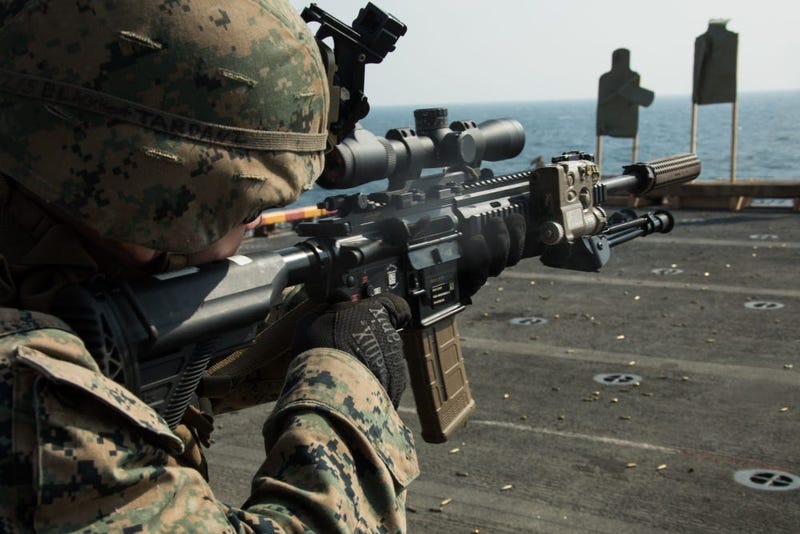 Before the Marine Corps gets its hands on the new M27 automatic rifle, they’ll have to wipe the smiles off their faces, as the gun manufacturer is really living up to their name.

In a now deleted Facebook post that went viral, Heckler & Koch poked fun at jarheads everywhere referring to them as “crayon eaters,” a somewhat accurate, but derogatory term relating to low intelligence. 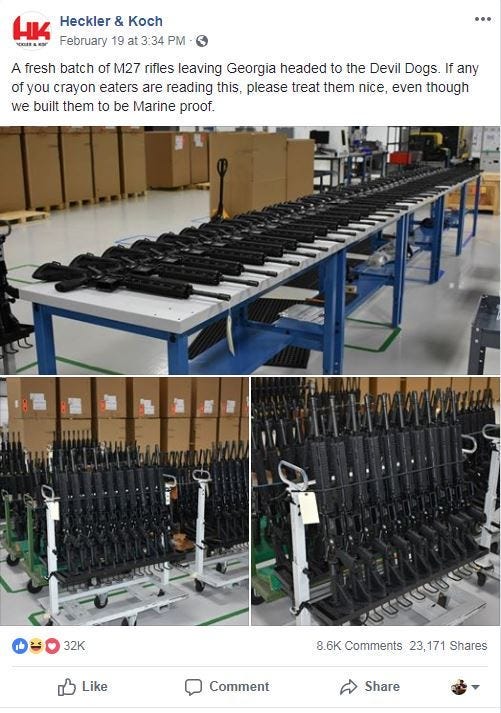 And while plenty of news outlets jumped on the hilarious post, we here at ConnectingVets want to revel in fun. You see, I joined the Army, not the Marine Corps, mostly because I wanted to be in the military and not the Department of Navy (see what I did there?).

There’s little doubt among those who have worn the uniform that the military as a whole has a culture of ball-busting. I don’t know a Marine who would take one iota of offense from being called a “crayon eater.”

I even used the joke myself in a severely underrated pineapple video. And what did I hear back from a former Marine friend of mine? “Well played, sir.” 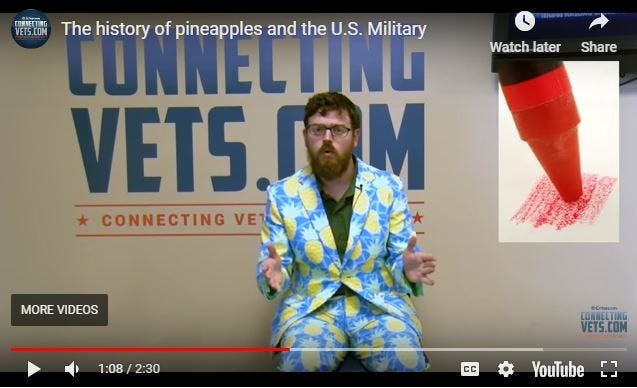 One only needs to check out the latest Terminal Lance comic to see what I’m talking about.

But rather than retreat from contact, Heckler & Koch doubled down on their joke, while showing that corporate engagement on social media doesn’t have to be annoying as hell. The Columbus, Georgia gun manufacturer did not immediately respond to request for comment. 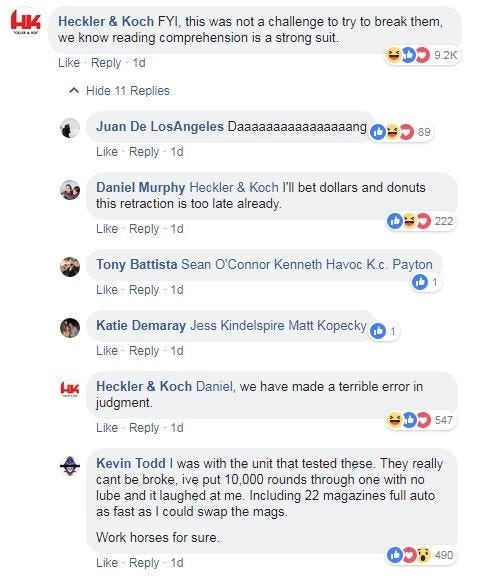 RELATED: SemperToons: The funniest part of the Marine Corps sketched to life

The M27, a lightweight Infantry Automatic Rifle (IAR) that fires 5.56mm rounds, is expected to be distributed across the Corps’ infantry units while the M4Ai will be used among non-infantry Marines, who undoubtedly have a higher ASVAB score than the grunts.

If you’re a Marine or former Marine, please tell which crayon color is the tastiest.