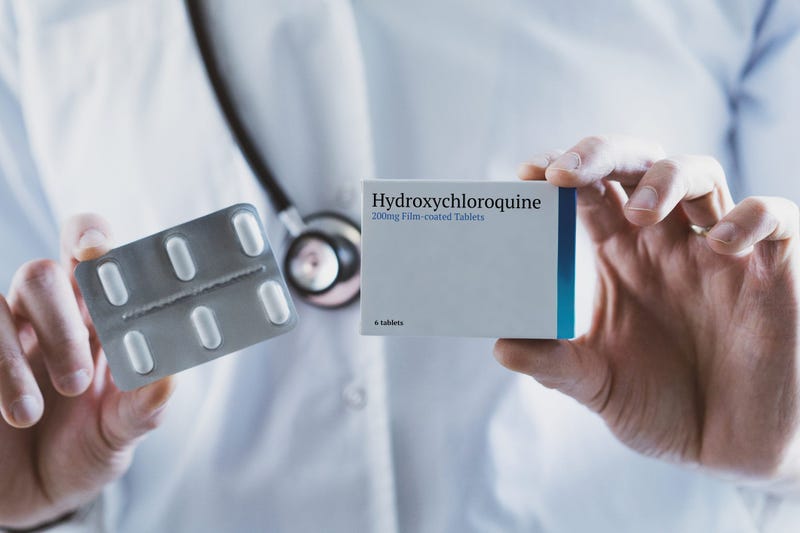 Veteran advocates want the Department of Veterans Affairs and the White House to explain why veterans were used "as test subjects for hydroxychloroquine" as a treatment for the coronavirus.

Iraq and Afghanistan Veterans of America accused VA Secretary Robert Wilkie of seeming to "downplay" the results of a recent non-clinical study conducted by VA researchers that showed veterans treated in VA hospitals were more likely to die or require ventilation if given the antimalarial drug than if they were under standard care.

Wilkie also told veteran service organizations on a call this week that younger veterans were more affected by the drug, according to several people on the call.

The study was conducted on veterans in their "last stages," Wilkie said on the call and in interviews, and said the study was "observational," "not peer-reviewed" and "non-conclusive."

The study of the malaria drug praised by President Donald Trump as a treatment for COVID-19 showed no benefit in the large analysis of its use in VA hospitals across the country, where there were more deaths among those given the drug than not.

The nationwide study included 368 veteran patients -- the largest analysis of the drug so far. The study was posted on a site for researchers and was submitted to the New England Journal of Medicine but so far has not been peer-reviewed by other scientists.

About 28 percent of those given the drug died compared to 11 percent who were given only routine care. The drug did not make a difference in the need for a breathing machine such as a ventilator and researchers noted that the drug may have damaged other organs.

“This is incredibly troubling for a number of reasons and raises so many questions that we need answered,” said Jeremy Butler, IAVA CEO. “Why were veterans who were receiving treatment from a federal agency being treated with an unproven and speculative drug? What was the approval process used by doctors, patients and their families in discussing and agreeing upon this treatment option? At what point did the VA know that the results were this dire and when did they act upon those results? What are the VA’s current procedures for approving and administering the drug?”

In a news release this week, IAVA said it wanted the department and the administration to explain why veterans had been used as "test subjects" for the drug.

VA officials said previously it was "irresponsible," "inaccurate" and even "dangerous" to suggest that hydroxychloroquine could be used to treat COVID-19.

The same day officials said that, though, the department placed an "emergency" order for the drug.

VA placed at least two emergency orders for hydroxychloroquine to the tune of $208,000, federal contracts show.

While VA Press Secretary Christina Noel said most of the drug ordered would not be used to treat coronavirus patients, in the contract descriptions VA wrote "COVID-19 emergency buy."

"VA has used hydroxychloroquine for years to treat a number of non-COVID related conditions," VA Press Secretary Christina Noel said. "The bulk of this order will be used for those purposes."

But some of it will go to COVID-19 patients, Noel said.

"VA is only using hydroxychloroquine to treat COVID-19 patients in cases where veteran patients and their providers determine it is medically necessary and in a manner consistent with current FDA guidance," Noel said.

Noel said the findings of the recent VA study "should not be viewed as definitive because the analysis doesn't adjust for patients' clinical status and showed that hydroxychloroquine alone was provided to VA's sickest COVID-19 patients, many times as a last resort."

VA officials did not respond to requests for comment about how VA determined which COVID-19 patients to treat with the drug, what led to those decisions, what department-wide guidance VA has issued on the drug's use, what procedures are in place for approving and administering the drug, how VA determined consent for treatment of the drug or participation in the study or when VA began using the drug to treat patients.

VA placed 'emergency' orders for $208,000-worth of controversial antimalarial drug

“VA’s opaque use of sick veterans in conducting a drug treatment study is absolutely wrong,” Butler said. “Where is the proof showing that the drug is working on younger veterans and at what point will you decide that it is no longer safe to use veterans as human testing subjects? If Secretary Wilkie is dismissive of the facts published in this study because they are 'observational and not peer-reviewed' then where are the peer-reviewed studies that convinced him that it is safe to treat our veterans suffering from COVID-19 with hydroxychloroquine?”