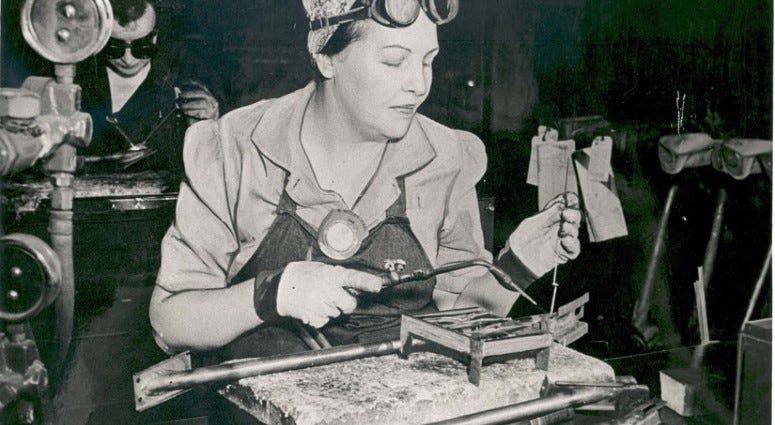 Women could be found in just about every job there was in the United States during World War II -- working as welders, mechanics, pilots and more to fuel the war effort.

Now, bipartisan legislation that would create a memorial in Washington D.C. honoring the contributions of women on the home front during World War II has been introduced in both the Senate and House.

"It's long past time we recognize the contributions hardworking women made during World War II," said Duckworth.  "They rolled up their sleeves and took whatever job was necessary to keep the country moving forward."

According to a release from Duckworth's office, an estimated 18 million women helped keep the nation's economy and society working during World War II. From 1941 to 1945, the percentage of women in the American workforce grew from 27 percent to nearly 37 percent.

"Women were vital to the defense of our country during World War II and redefined what it meant to be a woman in the workforce," said McSally.

"A federal memorial in honor of their hard work and sacrifice is long overdue," he added.

Rep. Eleanor Holmes Norton (D-DC) introduced companion bipartisan legislation in the House which was unanimously passed out of committee last month. The National Capital Memorial Advisory Committee has also signaled its support for the legislation.

Reach Julia LeDoux at Julia@connectingvets.com.
Want to stay connected to all the stories and resources Connecting Vets has to officer. Click here to subscribe to our weekly newsletter.