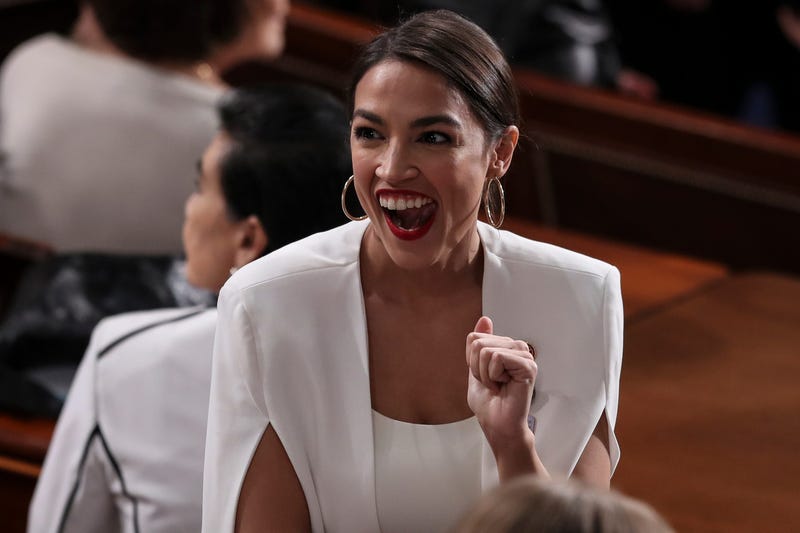 Democratic Rep. Alexandria Ocasio-Cortez poured a glass of wine, grabbed some snacks, sat down to put together IKEA furniture and went live on Instagram Wednesday night to her more than 3.1 million followers.

More than 8,000 people tuned in to listen to her talk about topics from climate change and the GOP to the draft. But one quote stood out: “So long as we have a draft, I support people of all genders being drafted -- equality,” Ocasio-Cortez said, according to the video.

Q: Would you support a female draft?

AOC: As long as we have a draft, I support people of all genders being drafted. pic.twitter.com/unMJB08r6q

More than 8,000 people on Instagram are watching @AOC live stream herself putting together IKEA furniture, drinking wine and talking about the GOP and climate change pic.twitter.com/VTBoaku8o4

U.S. District Court Judge Gray H. Miller ruled in February that a male-only draft was unconstitutional and that women can be drafted. Because women are no longer barred from combat roles, Miller reasoned in his decision, previous gender-based discrimination was no longer a defense for keeping them ineligible for the draft.

“While historical restrictions on women in the military may have justified past discrimination, men and women are now ‘similarly situated for purposes of a draft or registration for a draft,’” Miller wrote in the decision. “If ever there was a time to discuss ‘the place of women in the Armed Services,’ that time has passed.”

Selective Service law now requires that any United States male aged 18 to 26 register for the draft and that, in the event of a national emergency, Congress has the authority to institute a draft.

The National Commission on Military, National and Public Service is considering whether women should be included in drafts and if selective service should be continued at all, or ended completely. A recommendation from the commission is expected as soon as March 2020.