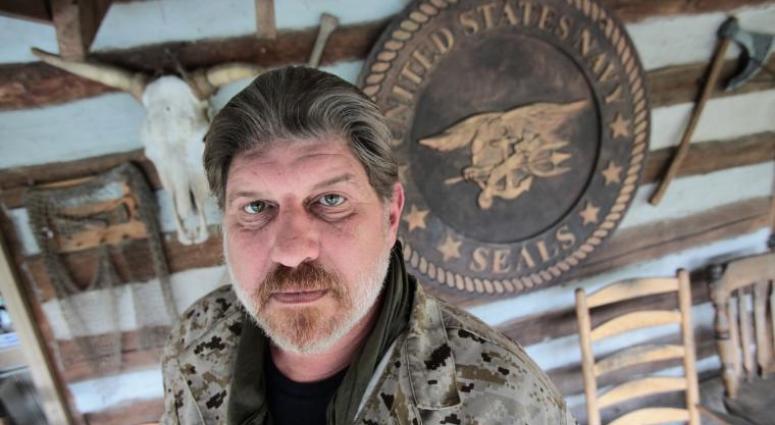 UPDATE: New video of Nathan Phillips reveals that he did in fact refer to himself as a Vietnam veteran. Click here for the full story.

Since the video surfaced of a heated interaction between students from a Kentucky Catholic school and Native American Nathan Phillips at the Washington, D.C. March For Life, the incident has been front-and-center in the news. Included in nearly every story has been Phillips's status as a Marine Corps Vietnam War veteran.

Due to his reported age, and the dates of the Vietnam War, Phillips service is being called into question by several media outlets and blogs including the Washington Times, Red State and the popular stolen valor website This Ain't Hell.

Senior Chief and retired SEAL Don Shipley who has made a name for himself by 'outing' individuals who lie about their service, also wondered about the validity of Phillips' veteran status.

Shipley and others were specifically interested in Phillips' claim to be a "recon ranger," a statement he made in a 2018 Vogue article.

Shipley was able to locate Phillips' records after he learned he had enlisted under the name "Nathan Stanard." According to Phillips' DD-214, Shipley says there is no mention of "recon ranger." It turns out Phillips was a refrigeration electrician who served for four years in the "Vietnam era" but never left CONUS. While he didn't do any time in Vietnam, he did do time in the brig, going AWOL three times during his four years.

He was discharged as a private.

As Shipley notes, Phillips has not claimed to be a Vietnam veteran, he instead uses the phrase, "Vietnam times veteran" when referring to himself. However many, such as Army vet Jim Hanson, argue that Phillips has made statements that would lead one to believe he had served in Vietnam, and has neglected to correct a number of stories which refer to him as a Vietnam vet both recently and in the past several years.

#NathanPhillips didn't serve in Vietnam
But talks like he did

He says he's a "Vietnam times veteran" & "When I come home, those times, I got spit on & called a baby killer"
Come home?
&
He has never corrected any story calling him a Vietnam vet pic.twitter.com/7E48asmf0s

While it is hard to prove intent, this much is clear: Nathan Phillips did serve in the Marine Corps, did not serve in Vietnam and was clearly, based on his records of service, a subpar Marine.